Today we’re sharing the wedding of Sharon Strong and Mike Wallace, who were married in September 2018 at the Edgemont House in North Little Rock. “We wanted a small, intimate ceremony with just a few close friends and family,” Sharon says. “Chris Olsen has done an amazing job restoring the Edgemont House, and it has a classic but eclectic feel to it. It was the perfect venue.” Read on to learn how Sharon and Mike personalized their wedding day.

“We didn’t need a lot of flowers or decor because the Edgemont House is already so well decorated,” Sharon says. “I did use Becky Clement for the flowers, and she added some great neutral, classic touches, including some wreaths on either side of the fountain where the ceremony was held, some greenery swag on the balcony area, and some greenery with gold touches and succulents on the farmhouse tables outside. I love the natural feel of succulents and eucalyptus greenery and she pulled it off perfectly!”

“Before the ceremony, Mike and my two sons got ready in the ‘guys room,’ Sharon says. “Mike gifted each of the boys with a special box to hold keepsakes and treasures. He had it engraved with a sweet message about becoming a family.”

Additionally, the couple wrote letters to each other for the boys to deliver to them. “We chose to be old-fashioned and did not see each other that day before the ceremony,” Sharon says. “It was a sweet moment alone before all the festivities began.”

One of my favorite parts was having my two boys walk me down the aisle to marry Mike. They were so handsome in their suits!”

“We love going to brunch on the weekends, and since we got married in the morning, we served our guests our favorite brunch items,” Sharon says. The menu included chicken and waffles, French toast bread pudding, and eggs Benedict by Low Ivy Catering as well as sweet potato biscuits and “beast bacon” from Rebel Kettle Brewery.

For dessert, Blue Cake Company provided a scraped cake embellished with fruit and flowers for simple yet refined look. “The cake table was one of my favorite parts,” Sharon says. “I loved how it came together with the vintage cake plates and candelabra. We used the champagne glasses that my parents used at their wedding for our champagne toast, which was a meaningful and vintage touch!” 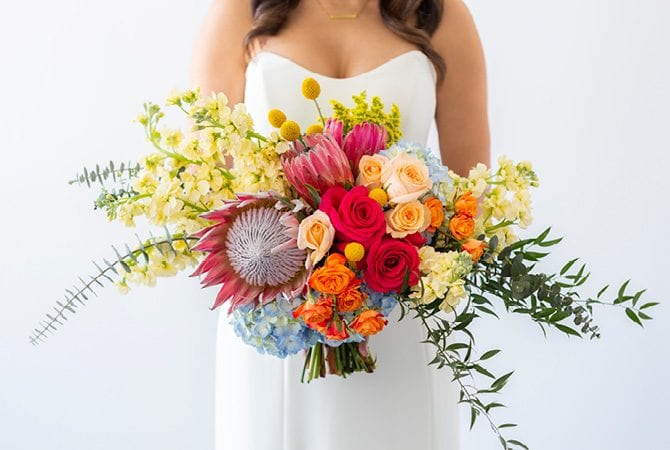 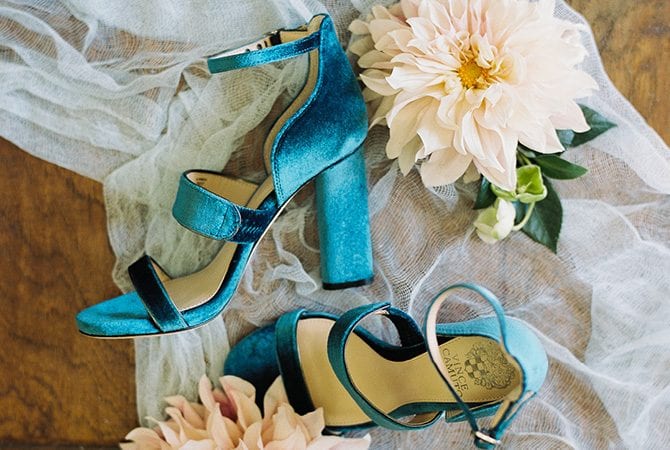 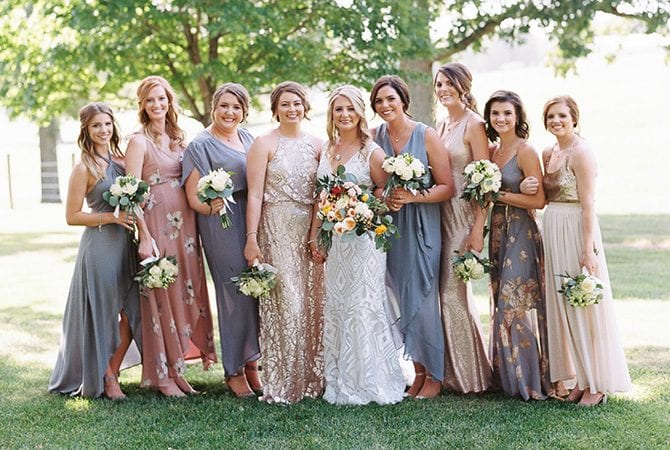 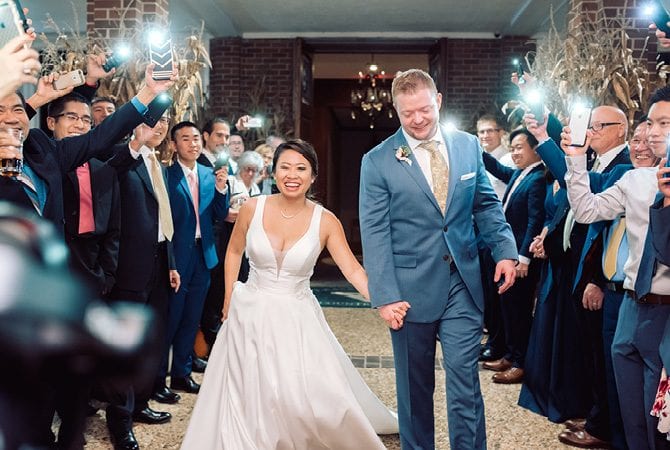 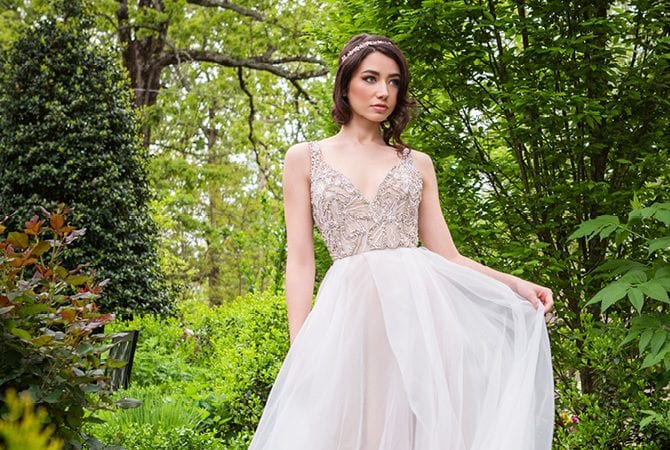 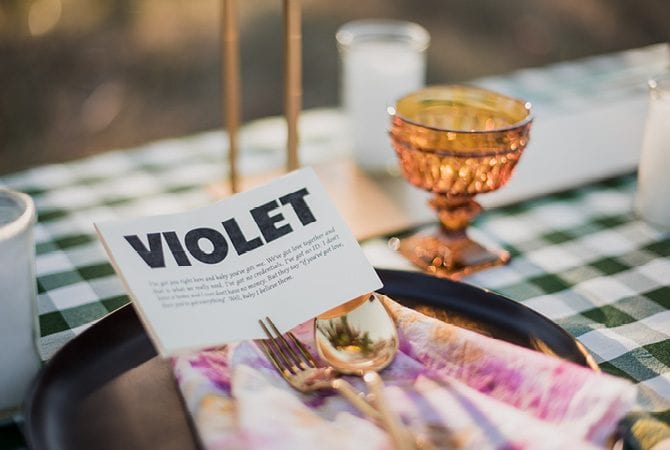 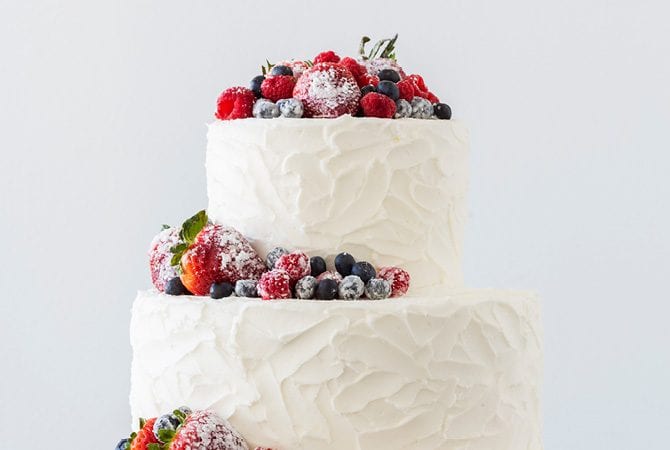 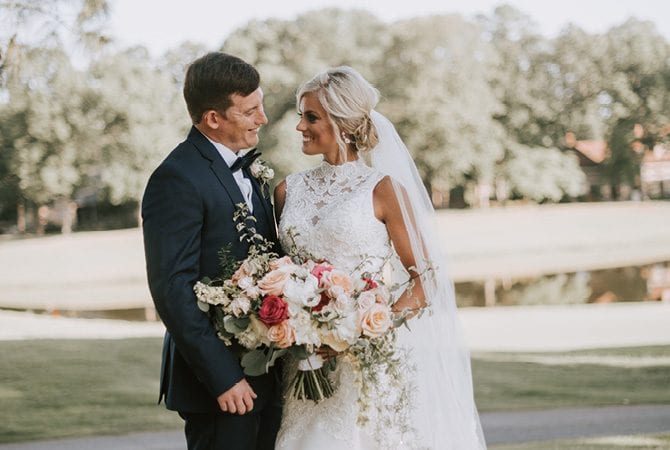 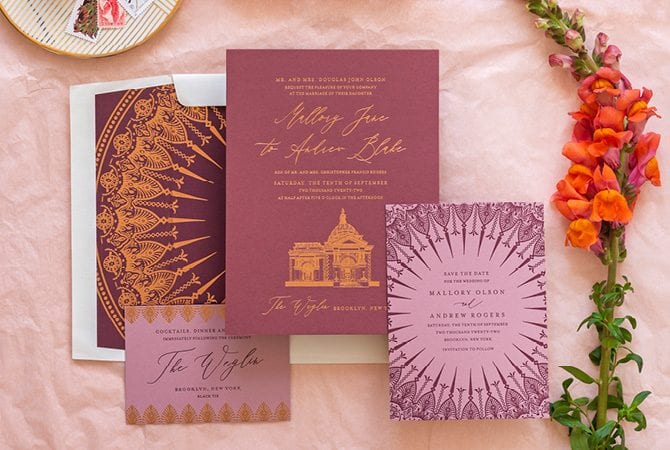 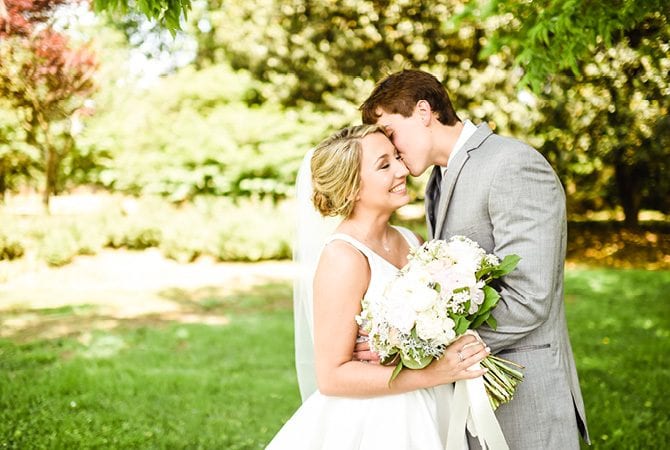