A good cause first brought Chantel Shuler and Jeremy Neville together. “I was hosting a bar crawl to benefit the Cystic Fibrosis Foundation on Dickson Street in Fayetteville,” Chantel recalls. Jeremy came to the event and the two were introduced by a mutual friend. …

END_OF_DOCUMENT_TOKEN_TO_BE_REPLACED 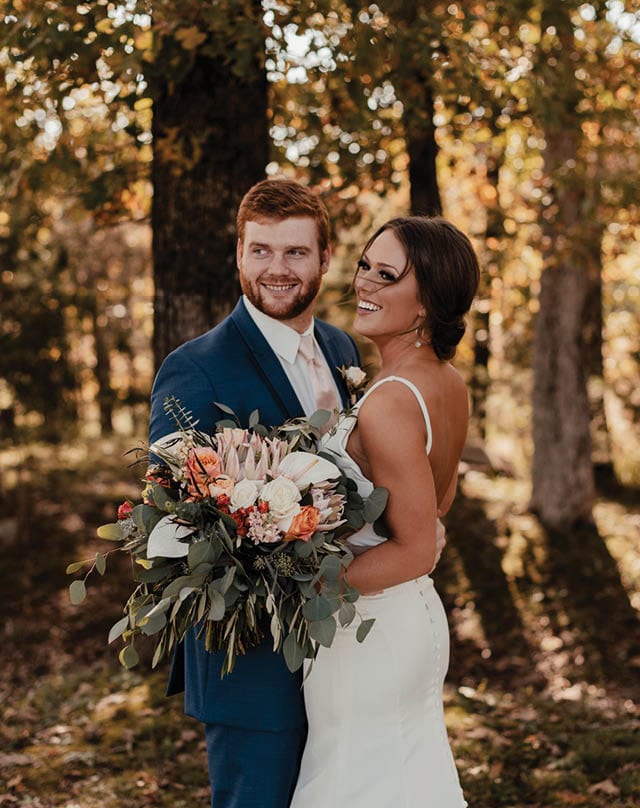 “I have always been in love with the weather and the foliage of fall, and I was set on having a fall wedding,” Amber says.

For Amber Smith and Josh Cissell, love seemed to come out of nowhere. The pair, who both grew up in Little Rock but didn’t meet until their freshman year at the University of Arkansas, had mutual friends but had never of offcially crossed paths. That is, until Josh stopped Amber one day on her way to class and asked her out. “It was so out of the blue; we hardly knew each other,” Amber says. “I was hesitant at first but decided to give him a chance, and we have been together ever since!” …