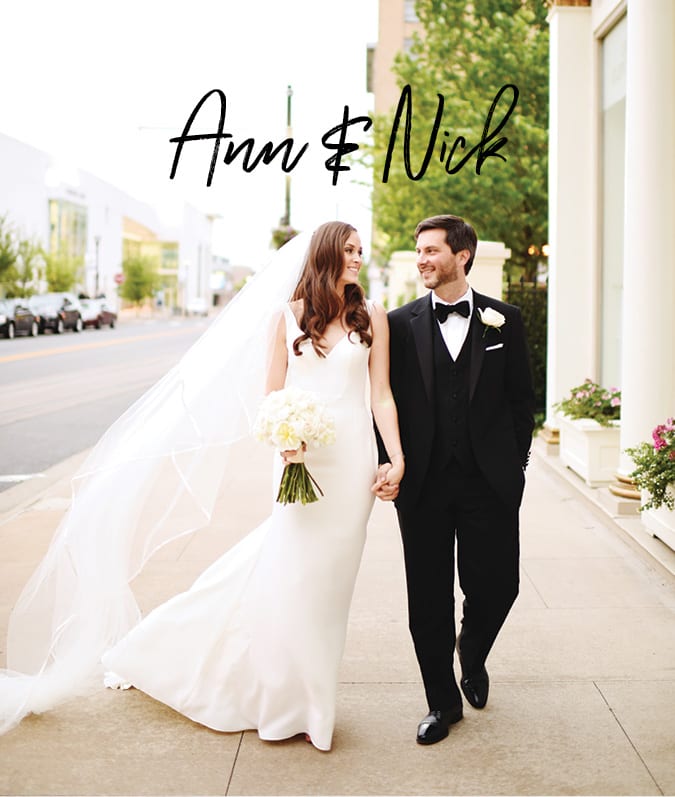 Finding the One
Nick proposed to Ann on the couple’s one-year anniversary of dating. He led her to believe they were going to dinner to celebrate. However, when she arrived at his downtown Little Rock condo, he asked her to join him on the rooftop for a drink. Once there, he popped the question. A number of their friends were waiting anxiously in the room across the hallway, ready to toast the bride- and groom-to-be. 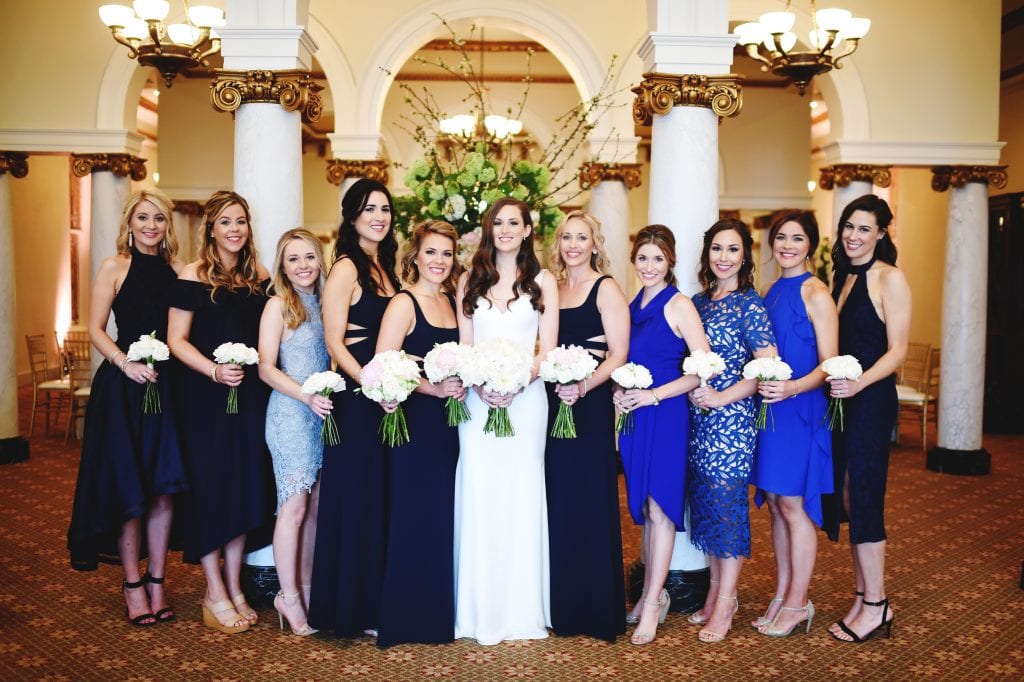 Their Advice to Engaged Couples
“Enjoy this special time of celebration together and focus on the things that really matter to both of you.”

Ann and Nick’s Wedding Day Must-Haves
“We had to have a big bride’s cake, plenty of food, and I had to have my wedding day shoes. They had the cutest sparkly heel,” Ann says. 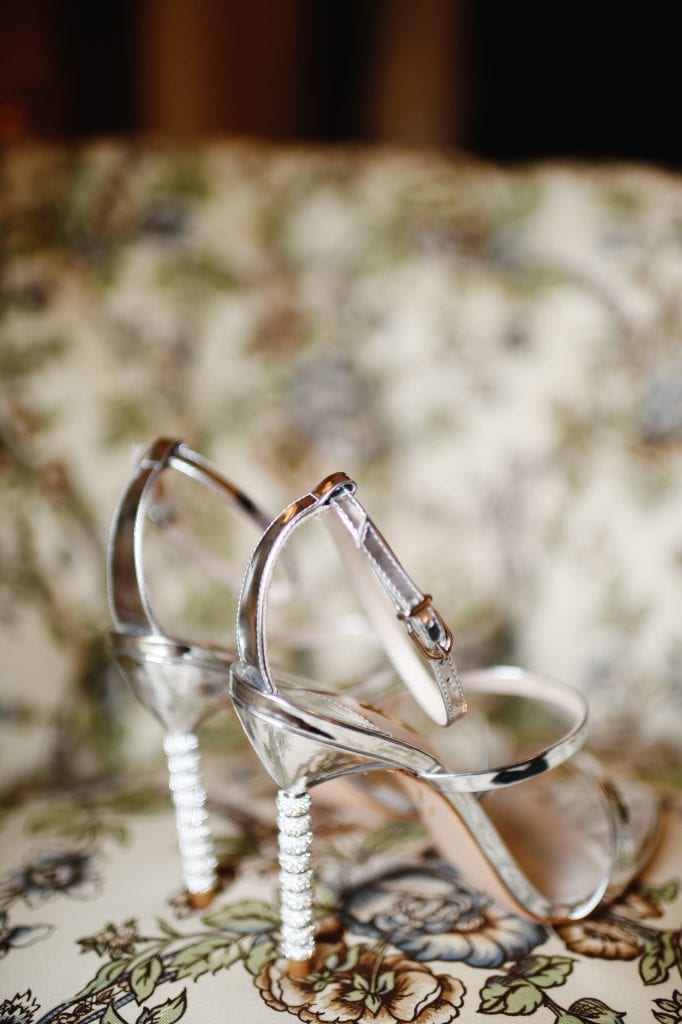 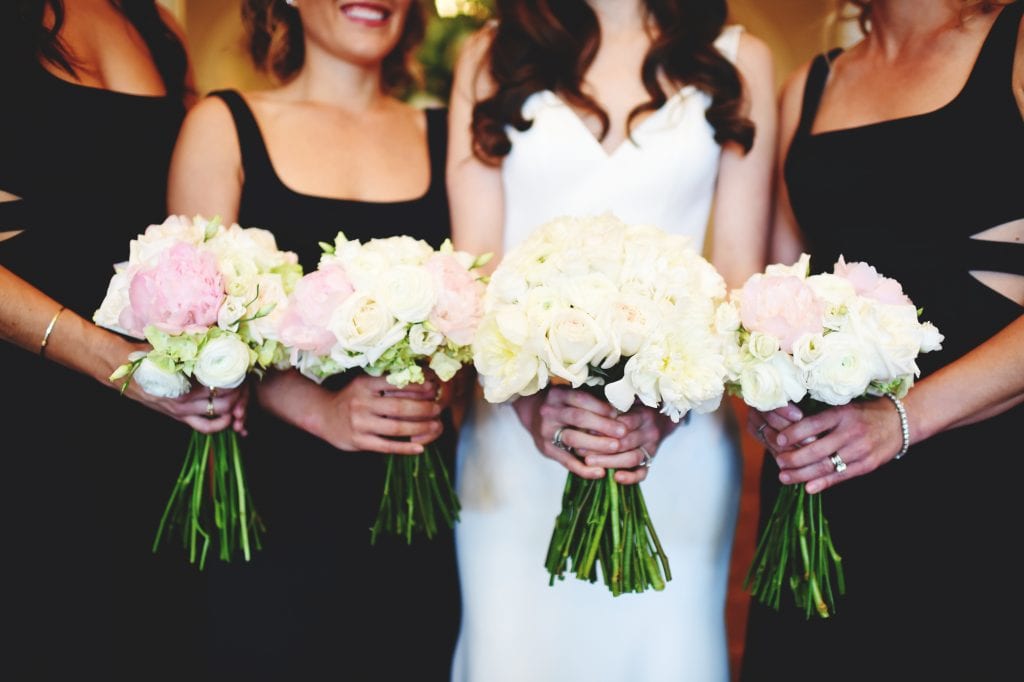 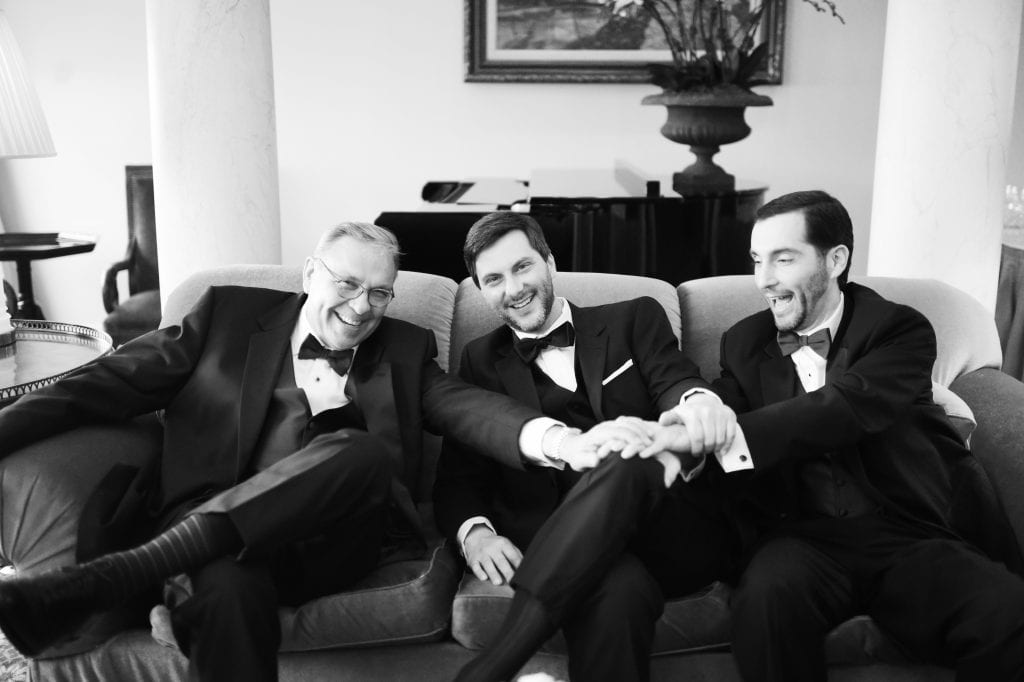 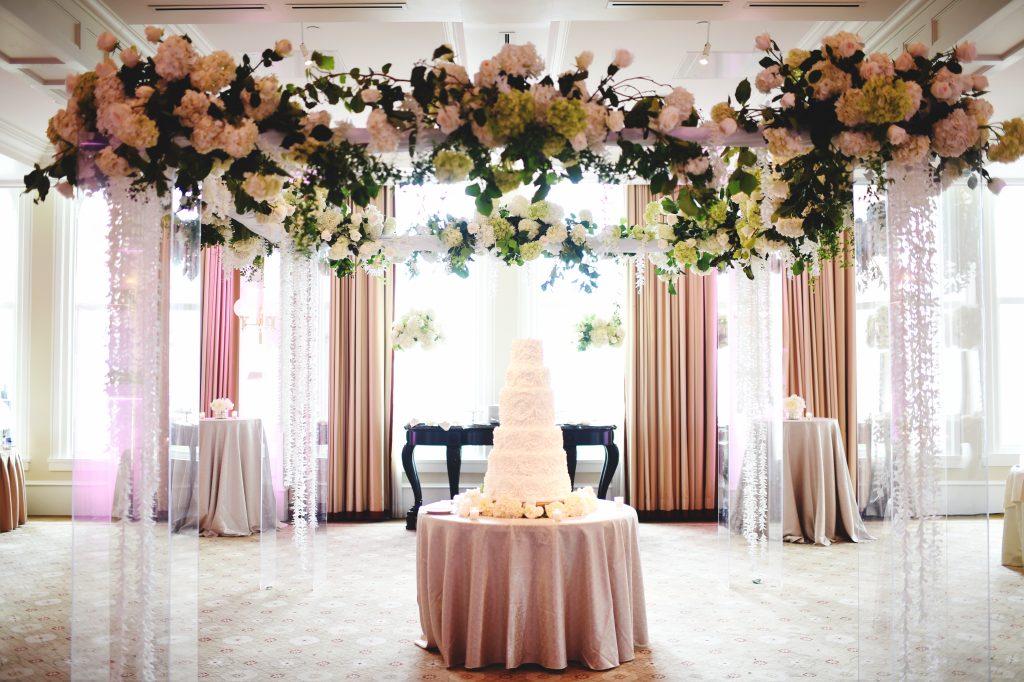 Southern Fare
“We wanted to stick with Southern-style food, and The Capital Hotel’s selection made this so easy,” Ann says. “We created our own menu and had a mini tasting. This was definitely one of the highlights of the planning process.” The menu included miniature ham biscuits with jam, fried green tomatoes, and bacon bites—all of which were passed before dinner. Next, a cocktail buffet featuring pork sliders, pimento cheese, shrimp and grits, and deviled eggs was opened for guests to enjoy. Additionally, a carving station served beef tenderloin, potatoes, and green beans while a separate station created chicken-and-dumplings gnocchi. 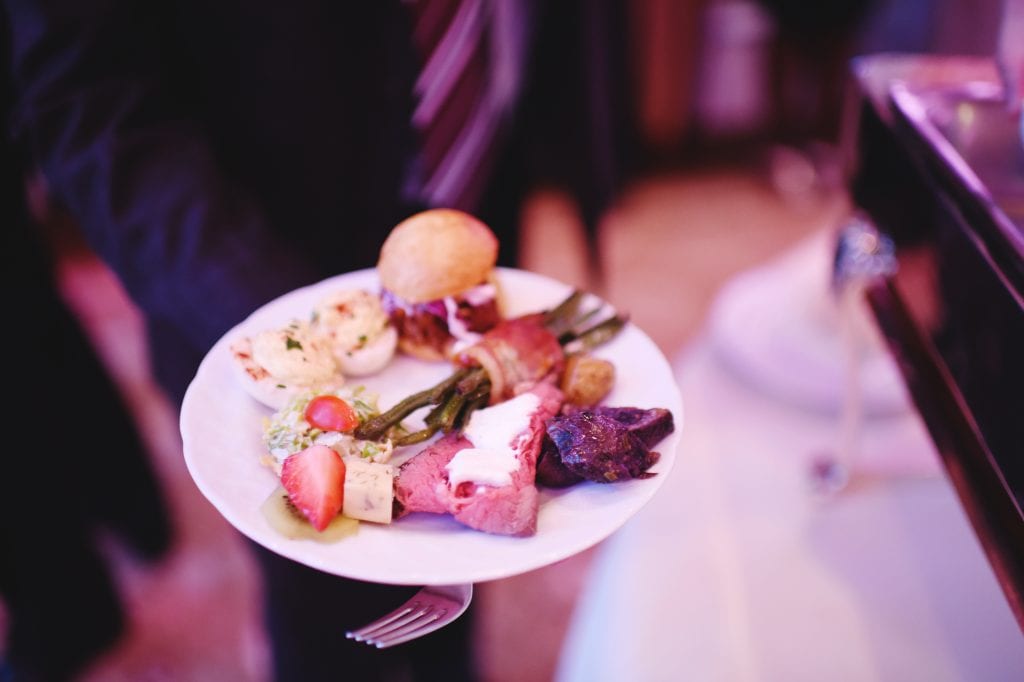 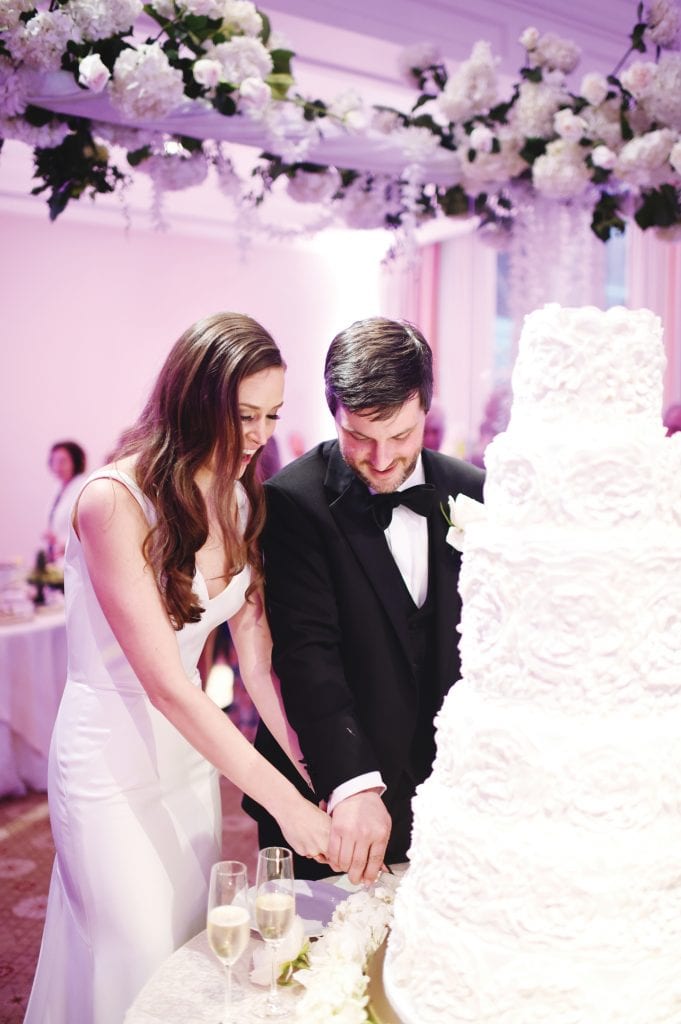 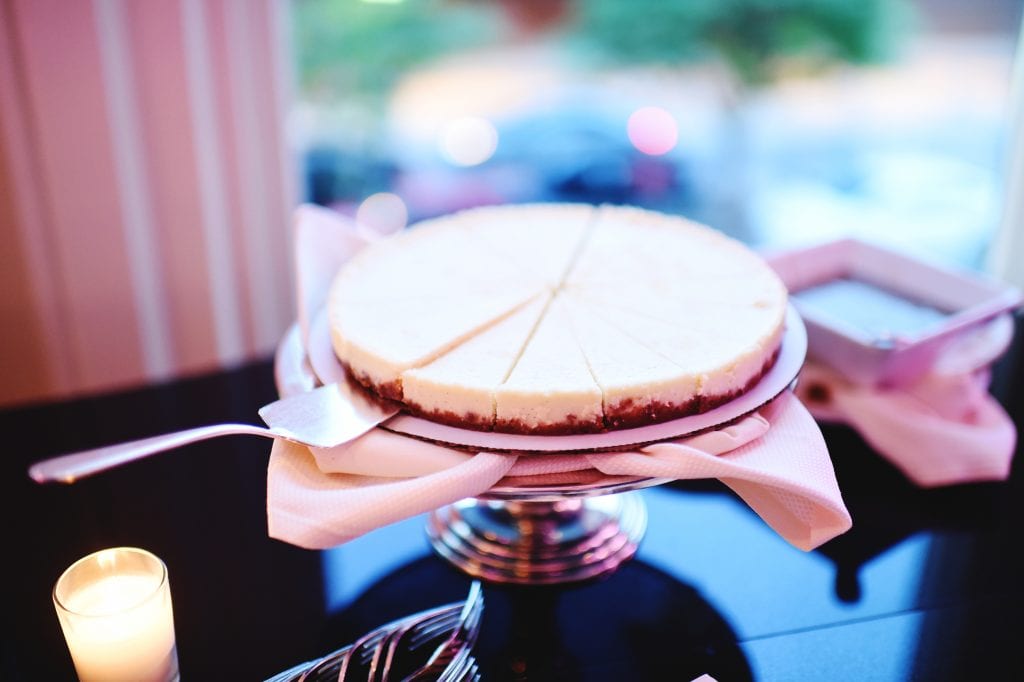 Sweet Ending
To complement the main course, guests had the option of the groom’s cake, which was a cheesecake with numerous toppings from which to choose, or a classic white cake with buttercream icing that served as the bride’s cake. 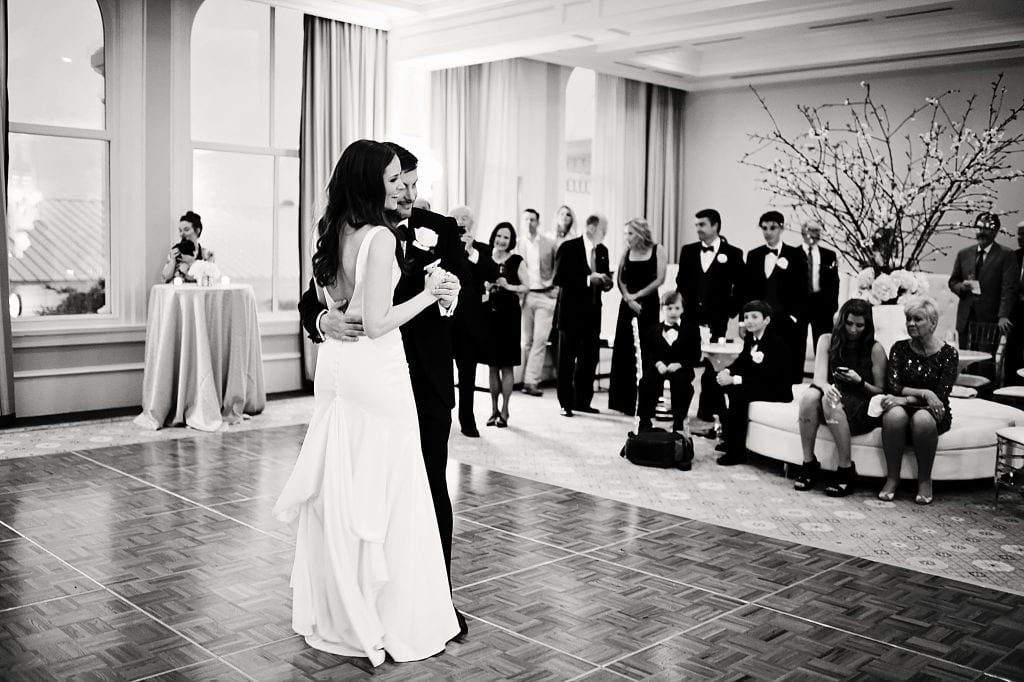 Waving Goodbye
Ann and Nick made their grand exit through a tunnel of ribbon wands held by well-wishers. However, they were staying at The Capital Hotel that night so continued to hang out with friends and family in the lobby as well as at Capital Bar & Grill. 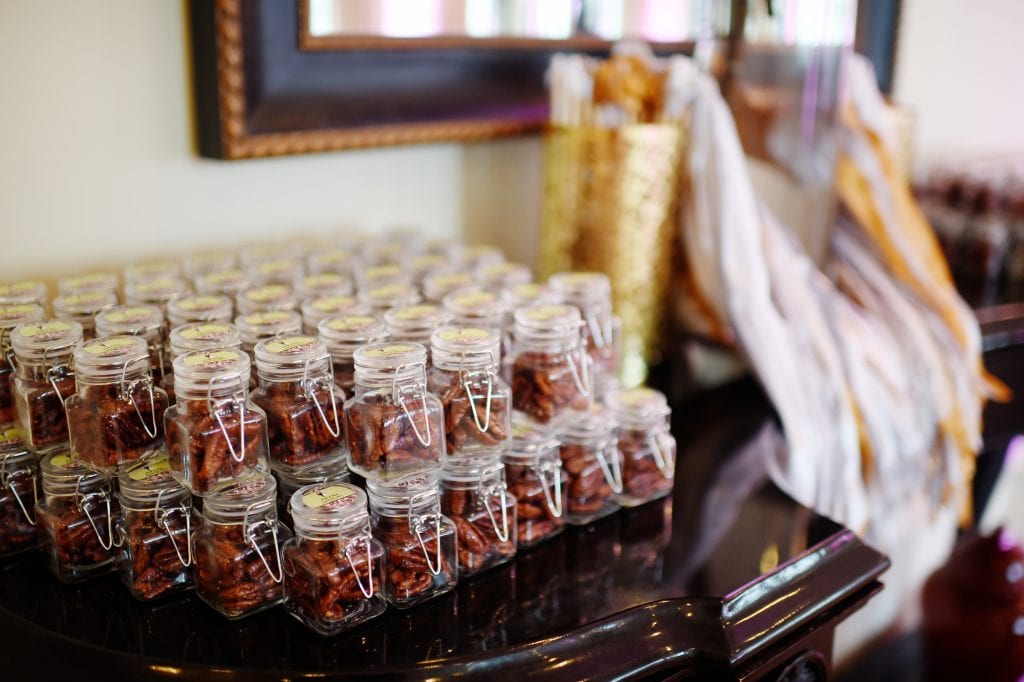