Bonding in Boston
Emily is from Bentonville, while James, whose dad is an economic diplomat, has lived around the globe. Luckily for them, a common cause and post brought the two together in Boston. They met while working at a high school for at-risk students during a year of service with AmeriCorps. 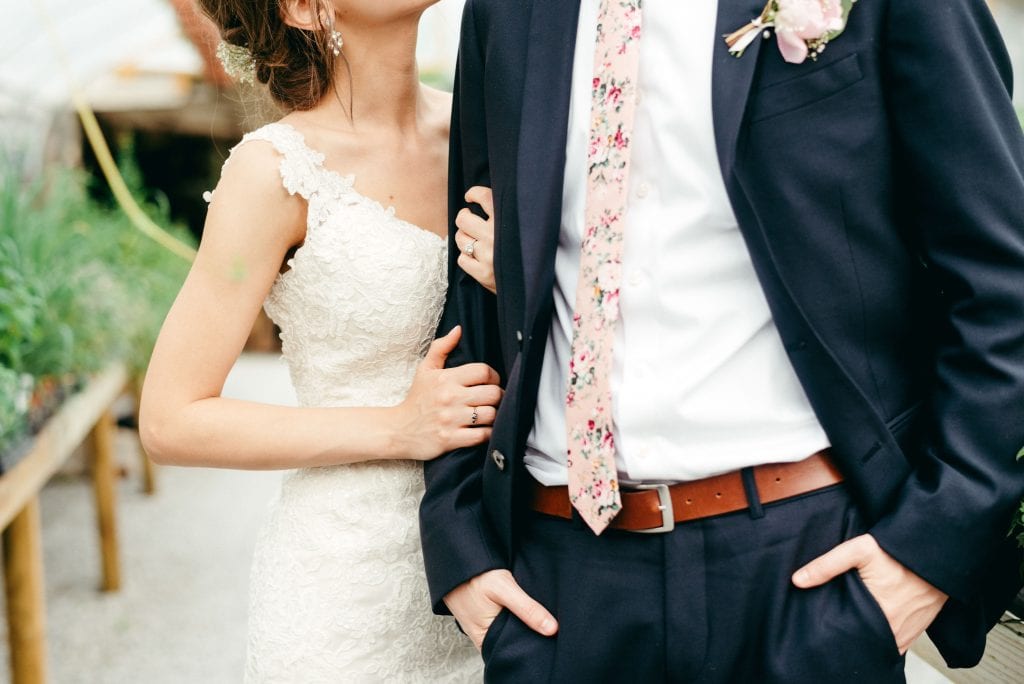 Aisle Serenade
Rather than a first dance song, Emily opted to have her favorite ballad played as she walked down the aisle. Accompanied by a string quartet, Chris Brown, a lifelong friend of the bride, performed Kishi Bashi’s “Manchester,” which Emily describes as a “hauntingly beautiful love song.” When she first heard it in 2011, before she knew who she would marry or when she would wed, she recalls immediately thinking she would have to incorporate this song into her wedding. 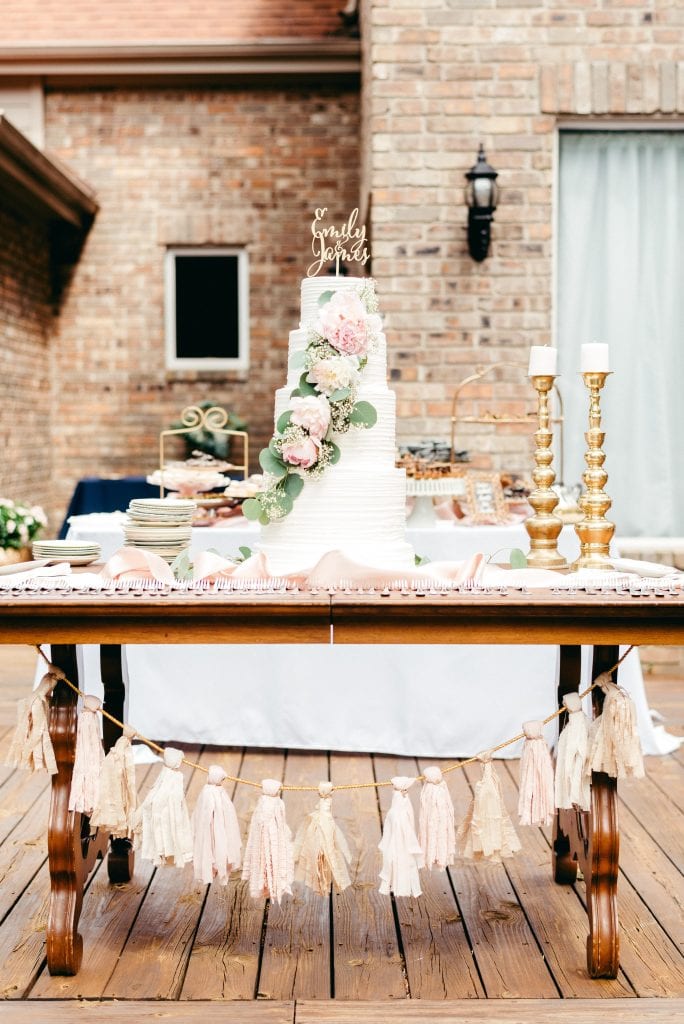 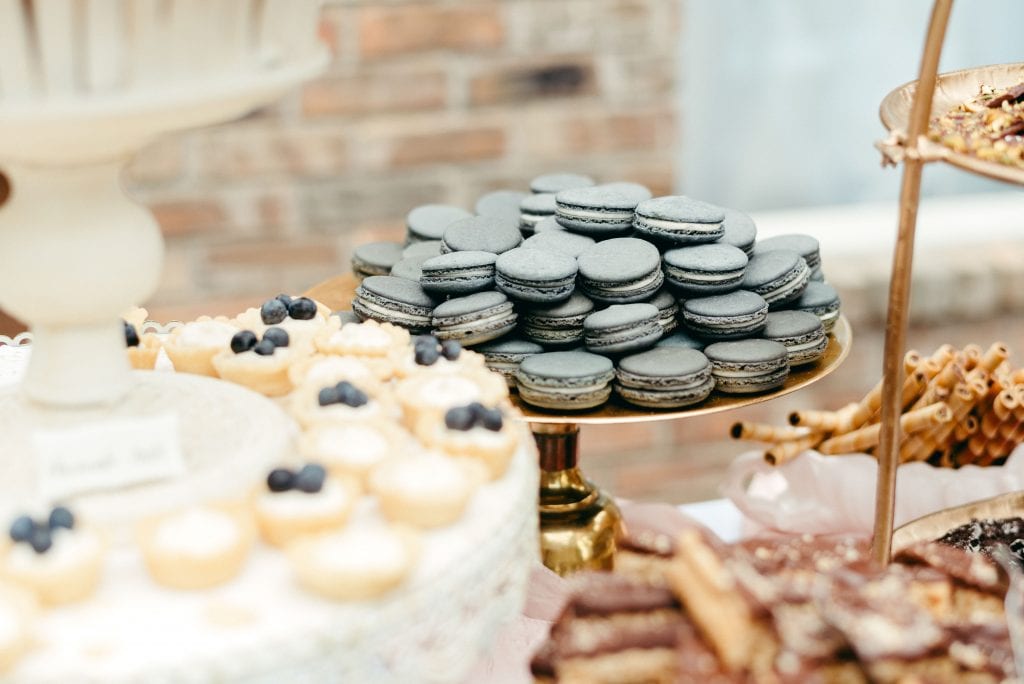 Fun Factors
Emily and James had a number of activities for guests to enjoy following the nuptials, including yard games, an Emily-and-James-themed crossword puzzle, Mad Libs, and an ice cream truck ready to scoop up attendees’ favorite treats. 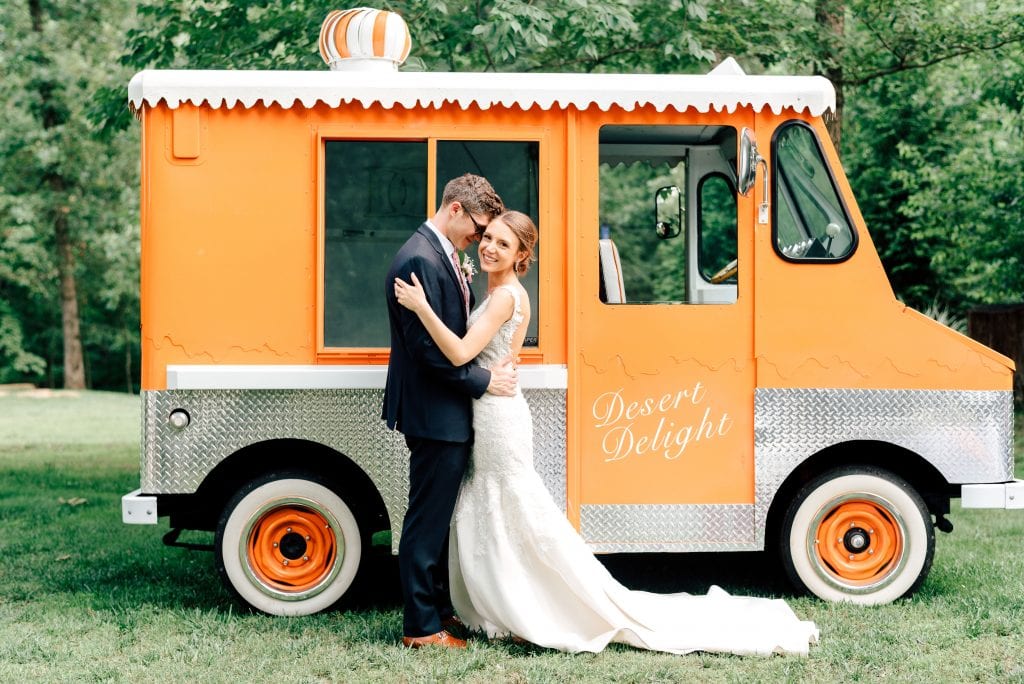 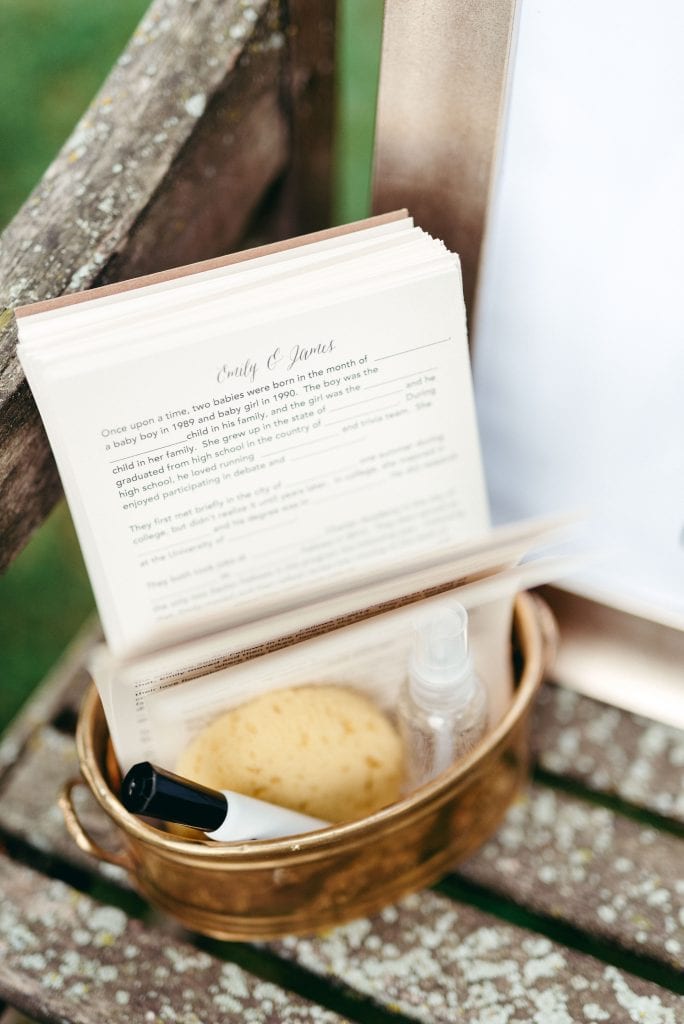 Dear Details
Both Emily and James’s grandparents were a part of the wedding in several unique ways. Emily’s grandfather hand-made the couple a wooden ring box, which they used in the ceremony. James’s mother embroidered a handkerchief that belonged to his grandmother for Emily to have during the ceremony, while a brooch from Emily’s late paternal grandmother adorned her bouquet. Finally, the bride’s maternal grandmother contributed her famous “road runner” chocolate bars to the sweet selection at the reception.

A Ring to It
Prior to proposing, James talked with Emily’s parents. He did not yet have a ring and thought that Emily might like to choose her own. For the proposal, Emily’s mother gave him a ring that she had been given when Emily was born. Today, she enjoys wearing both rings together to honor their engagement. 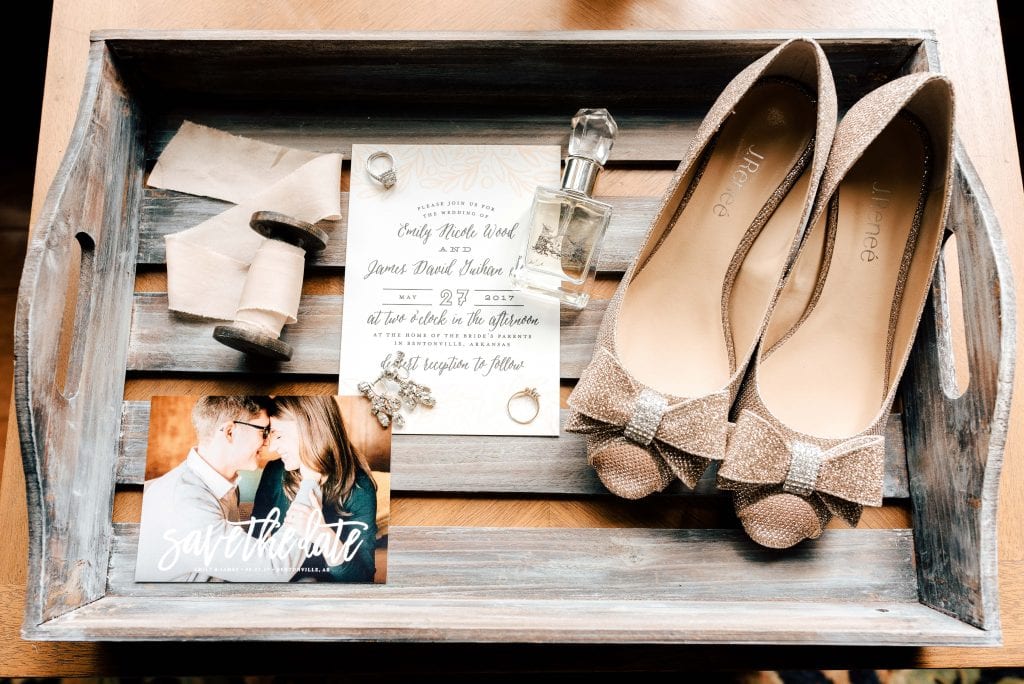 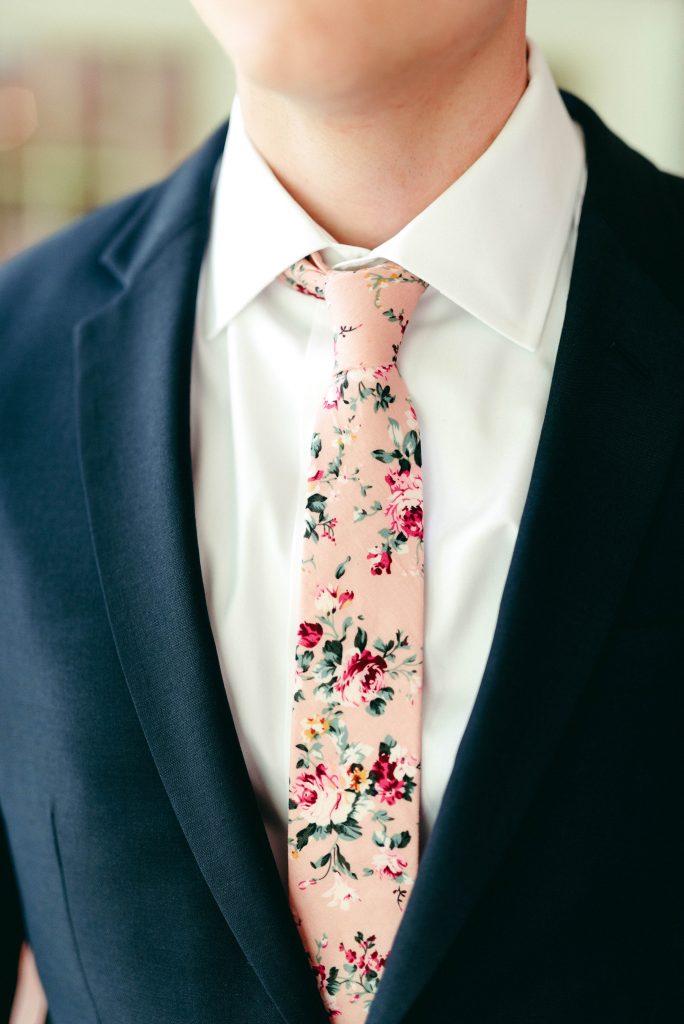 Personalized Vows
“We really took care to make the ceremony our own,” Emily and James say. “We are both reflective and intentional people, and to us the wedding was very much about celebrating what brought our relationship to that point both as individuals and as a couple.” Emily read a quote from her favorite movie, When Harry Met Sally, and James recited a portion of a love letter that writer Leo Tolstoy had written to his wife.

Let it Snow
As a nod to their new shared last name, the couple used #SnowMuchLove on all their party pics from the big day. They also exited the reception in a shower of white confetti that mimicked snow. 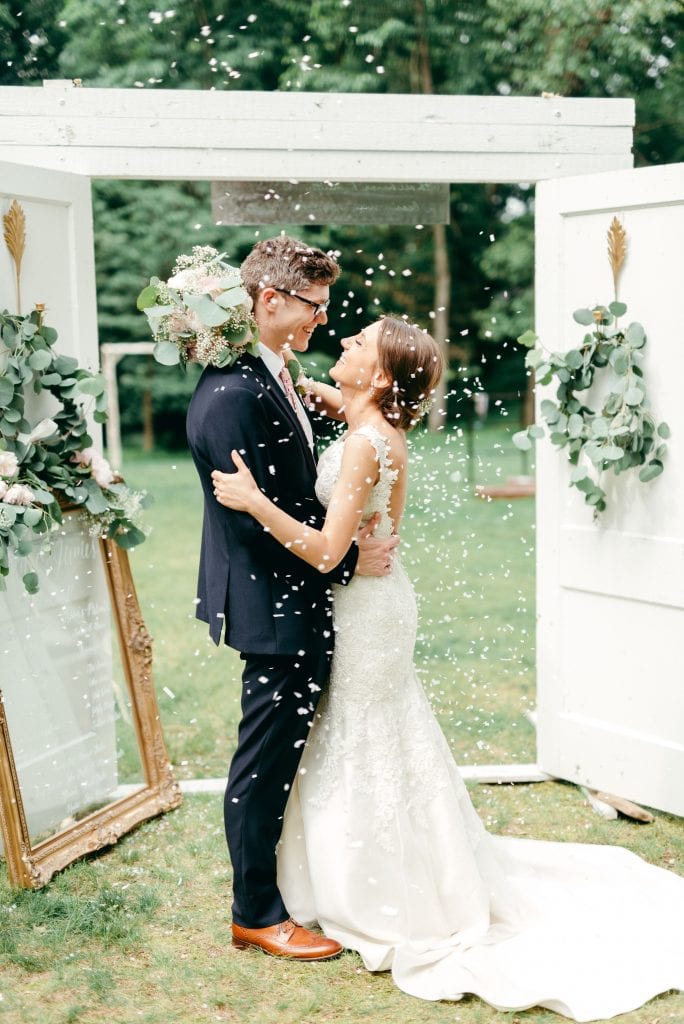