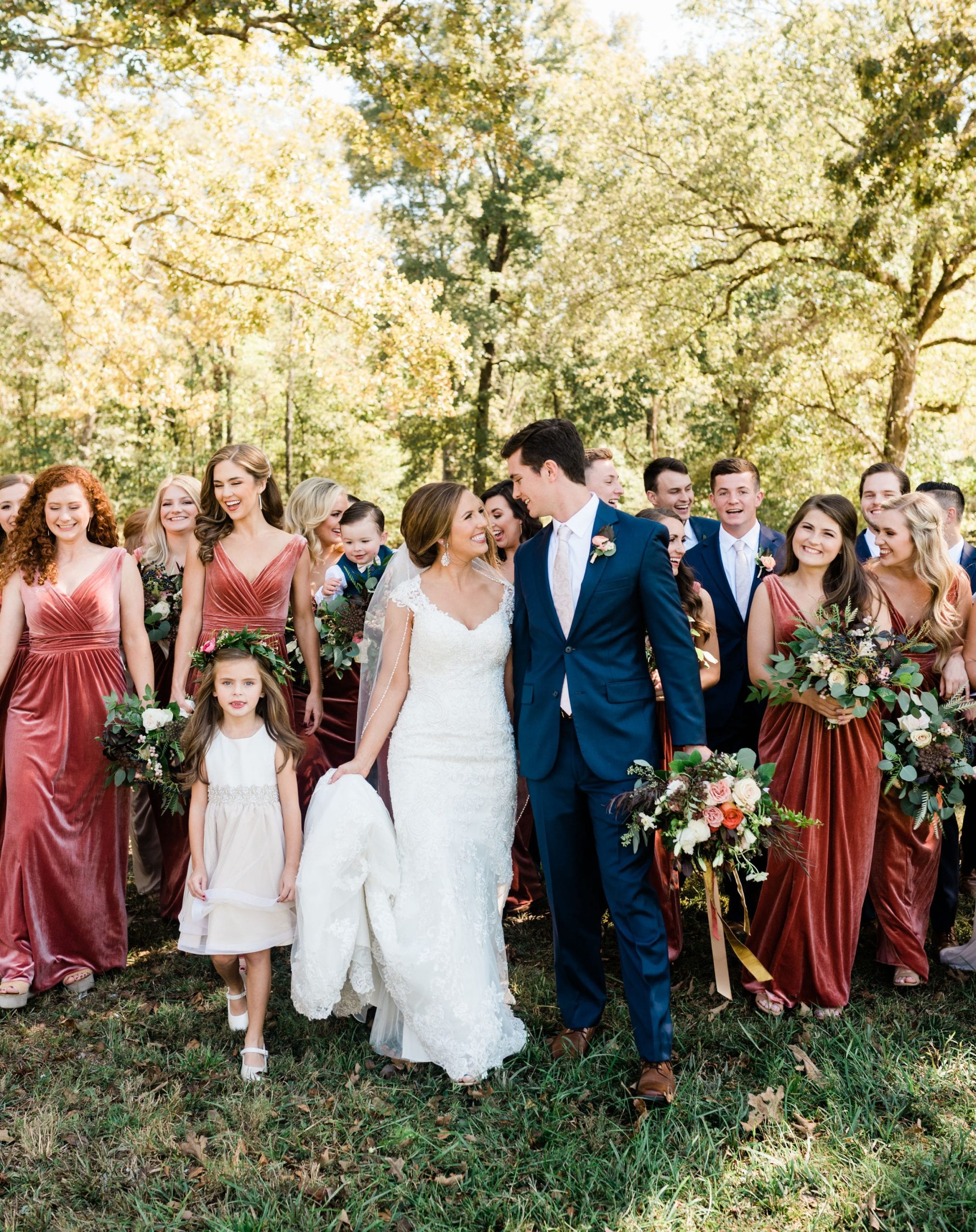 While Ouachita Baptist University is what brought McKenzie Gosser and Matt Savage together, the two began dating before they even stepped foot into class. They met through a group text of the university’s incoming freshmen and hit it off, even going to McKenzie’s senior prom together before officially beginning to date that summer. 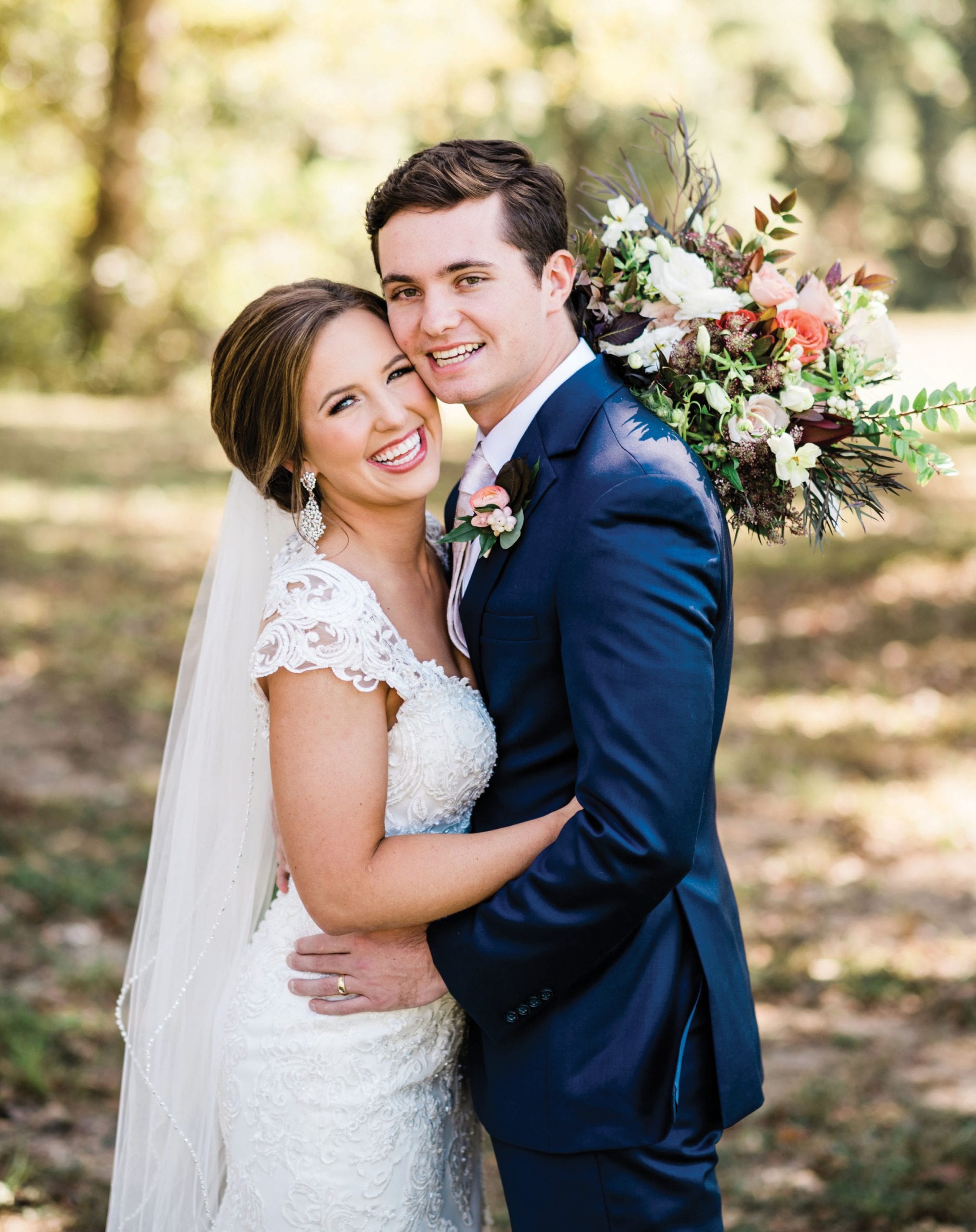 Fast forward three-and-a-half years, and the couple became engaged in Matt’s parents’ yard where he had created a beautiful setup with lights, flowers, and photos of the two. Afterward, they celebrated with friends and family at a private party at Mugs Cafe in McKenzie’s hometown, North Little Rock. The theme of the coffeehouse gathering was “Matt + McKenzie: A Perfect Blend.” 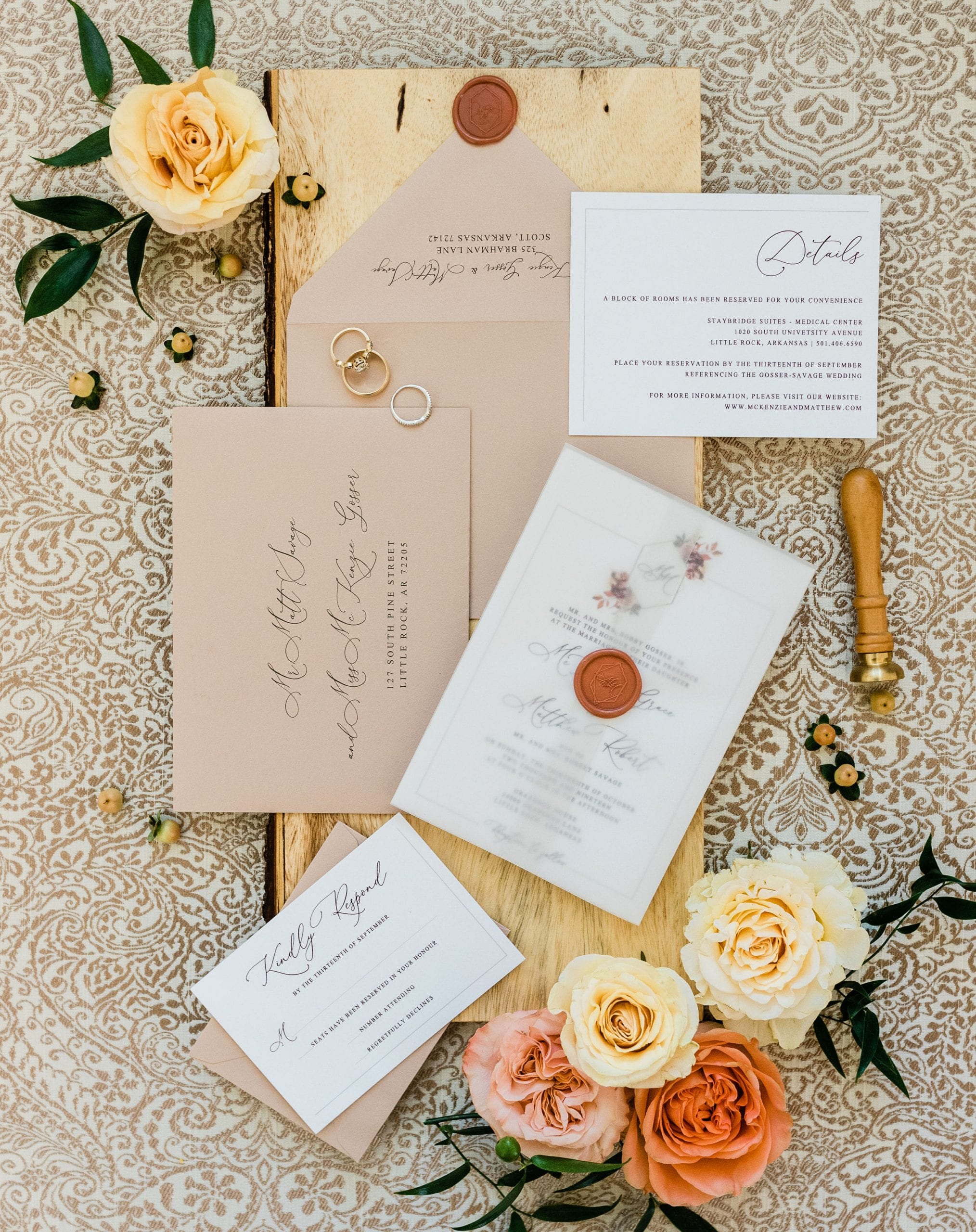 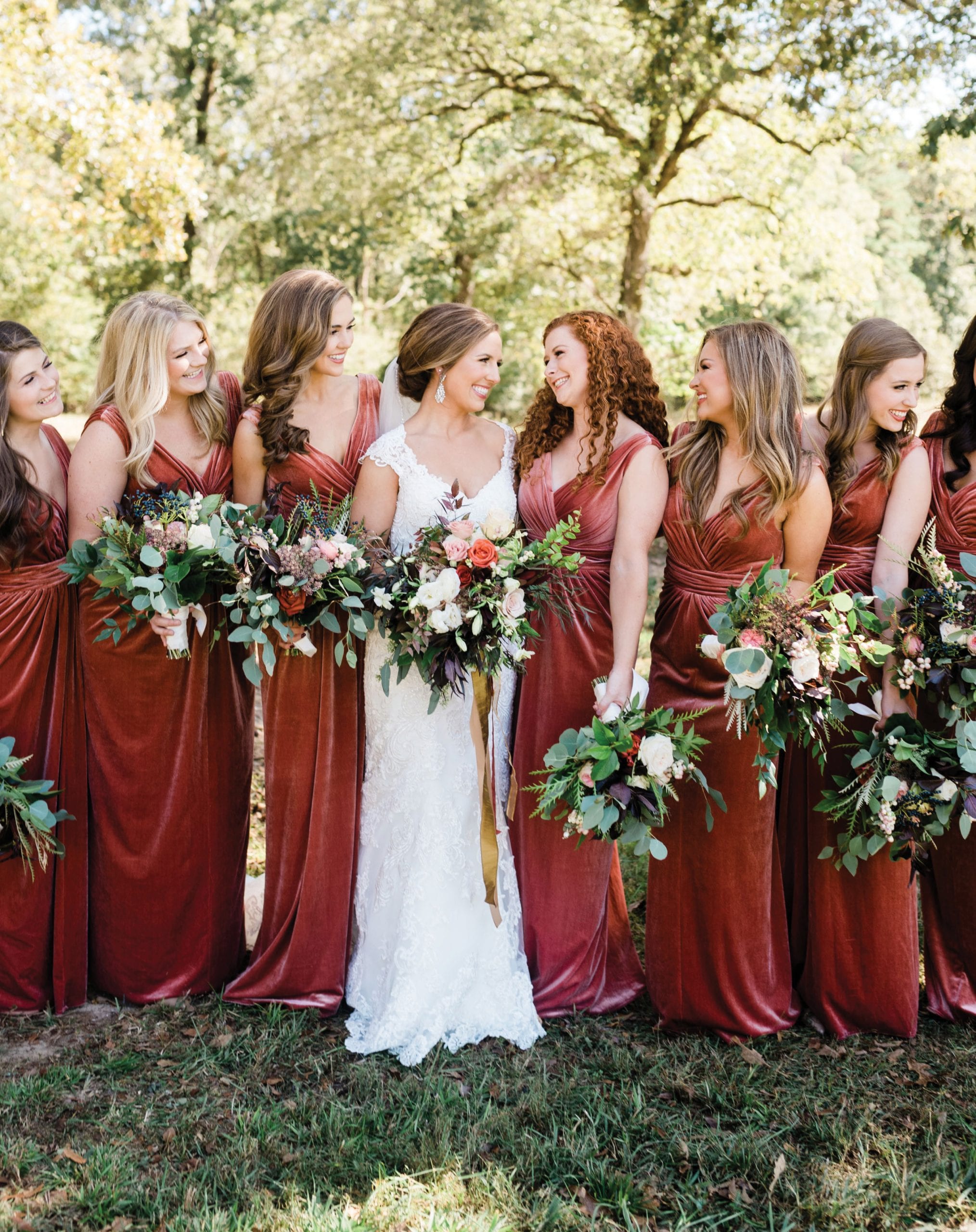 After planning for close to a year, the two exchanged vows in an outdoor ceremony at Grandeur House. “Our officiant and pastor, Chris Ochterbeck with New Life Church, tailored the message just for us. He shared funny stories of our dating relationship and prayed sweet blessings over us,” McKenzie says. Following, guests dined on homestyle fare before enjoying treats from the coffee and s’mores bar. The pair celebrated the night away on the dance floor and then made their exit in McKenzie’s dad’s restored 1972 red Chevelle. After a honeymoon in the Dominican Republic, they are now at home in Little Rock. 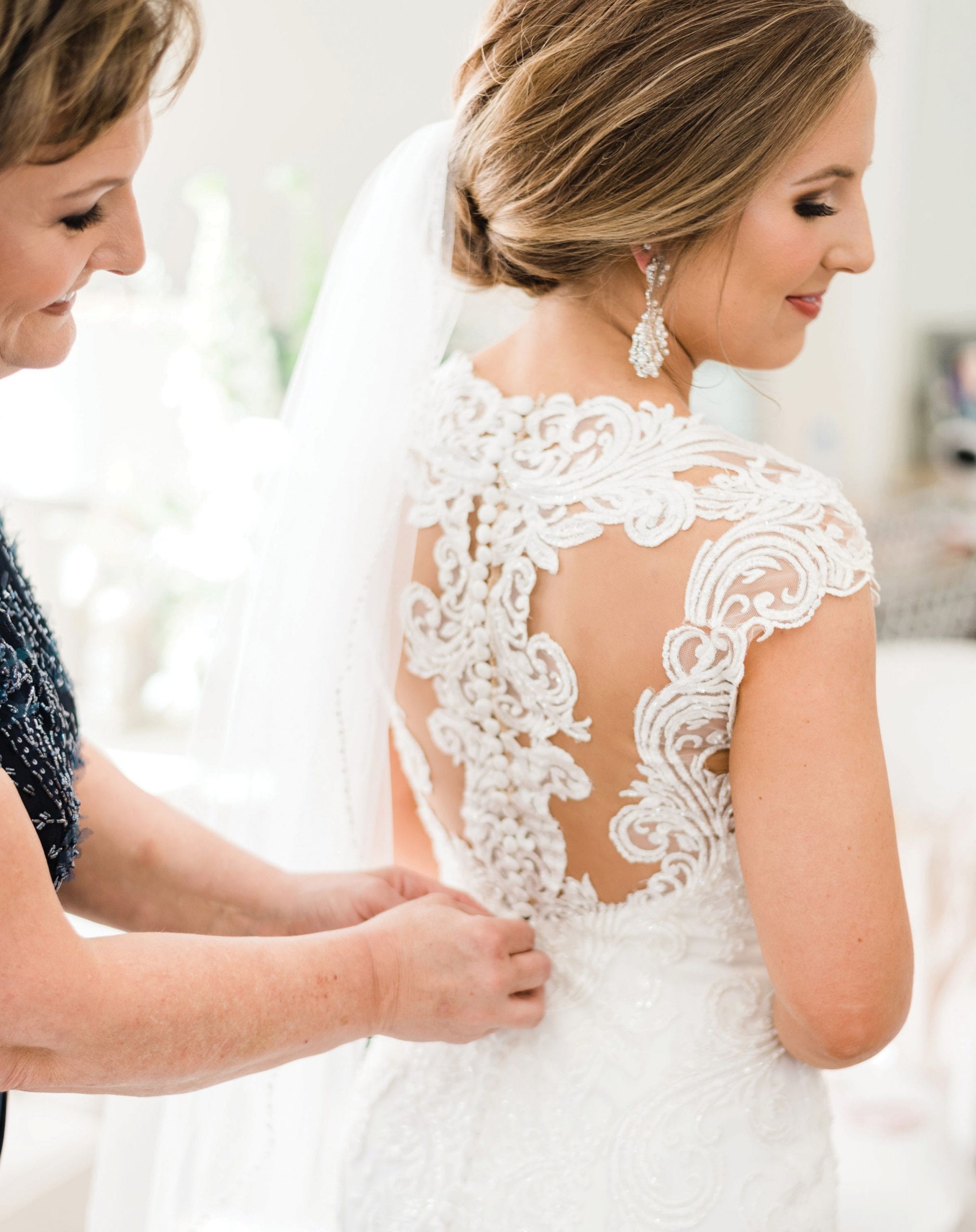 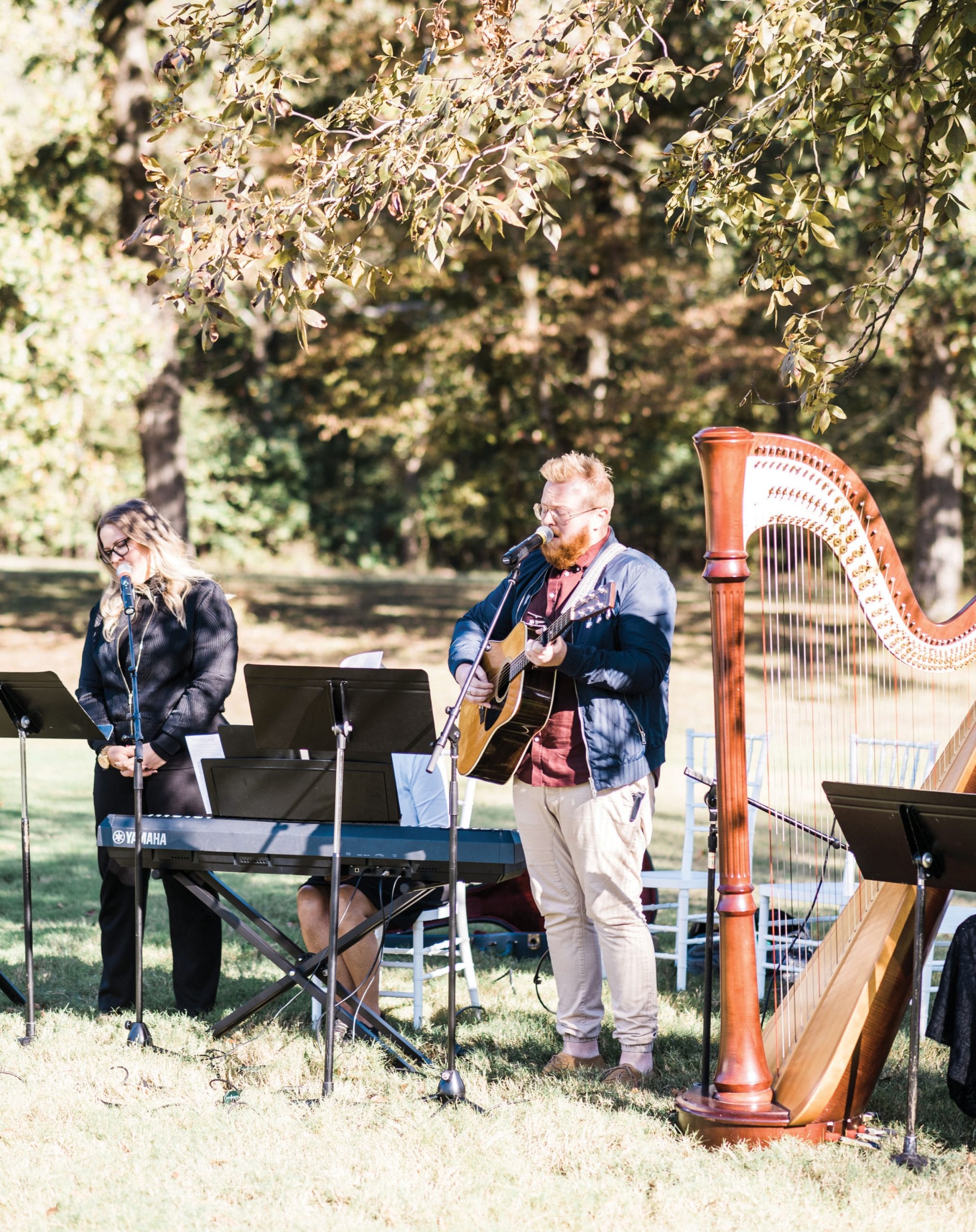 Musicians played “Jesus Paid It All,” one of McKenzie and Matt’s favorite hymns, while the couple took communion during the ceremony. 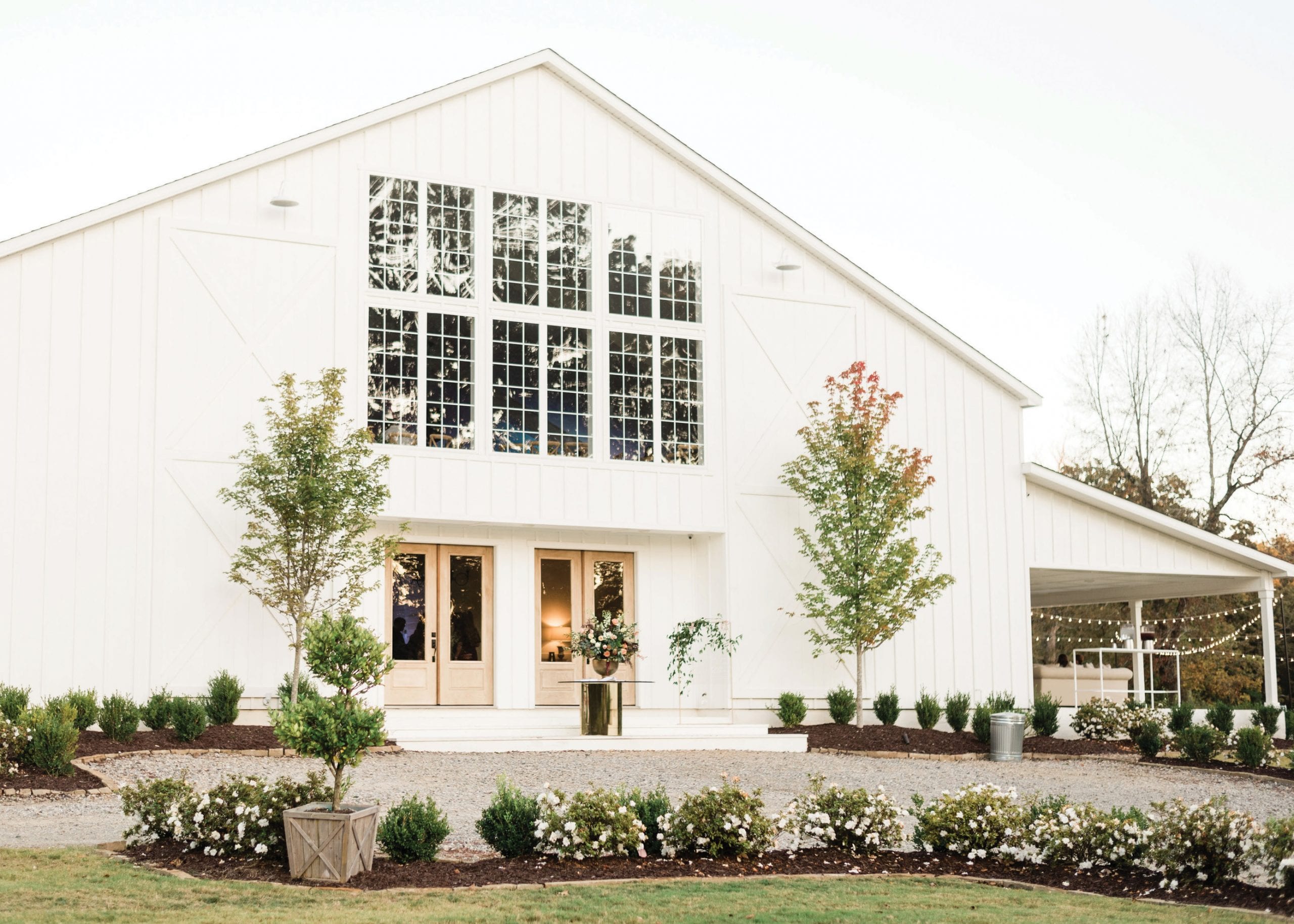 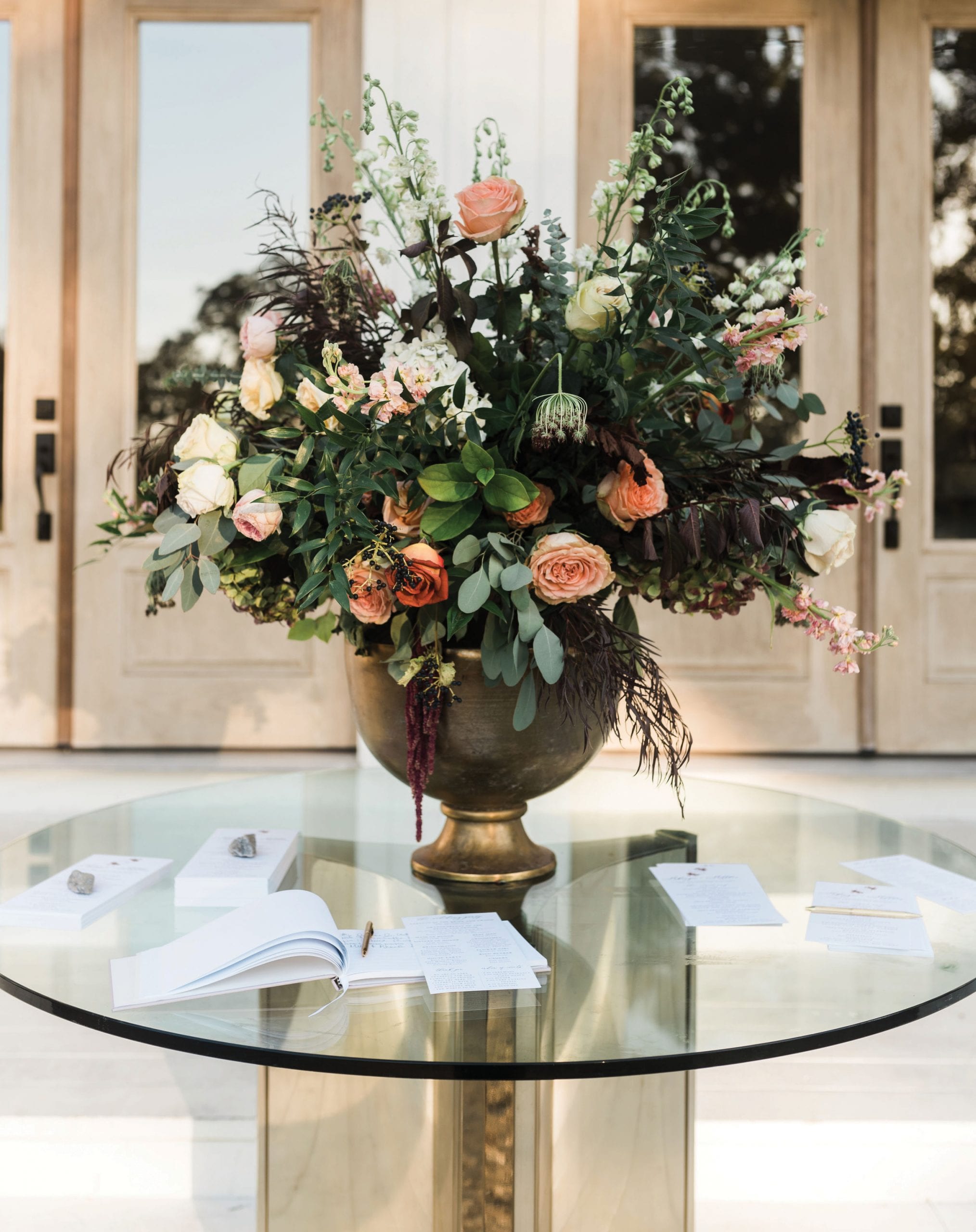 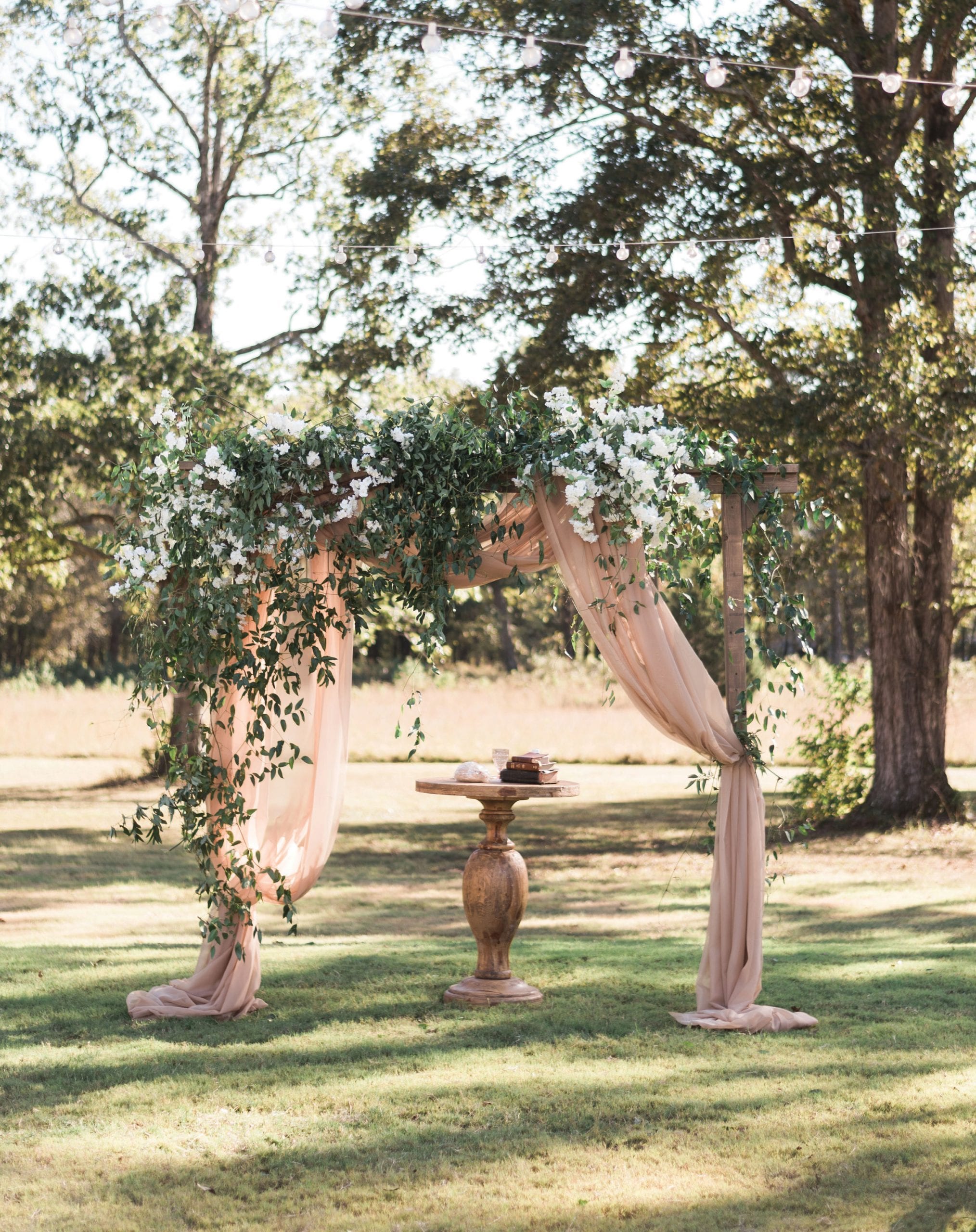 Custom Creation
McKenzie’s dad built an arbor she designed to use as the centerpiece of the ceremony. Fabric, greenery, and flowers were added to coordinate with the wedding’s overall scheme. 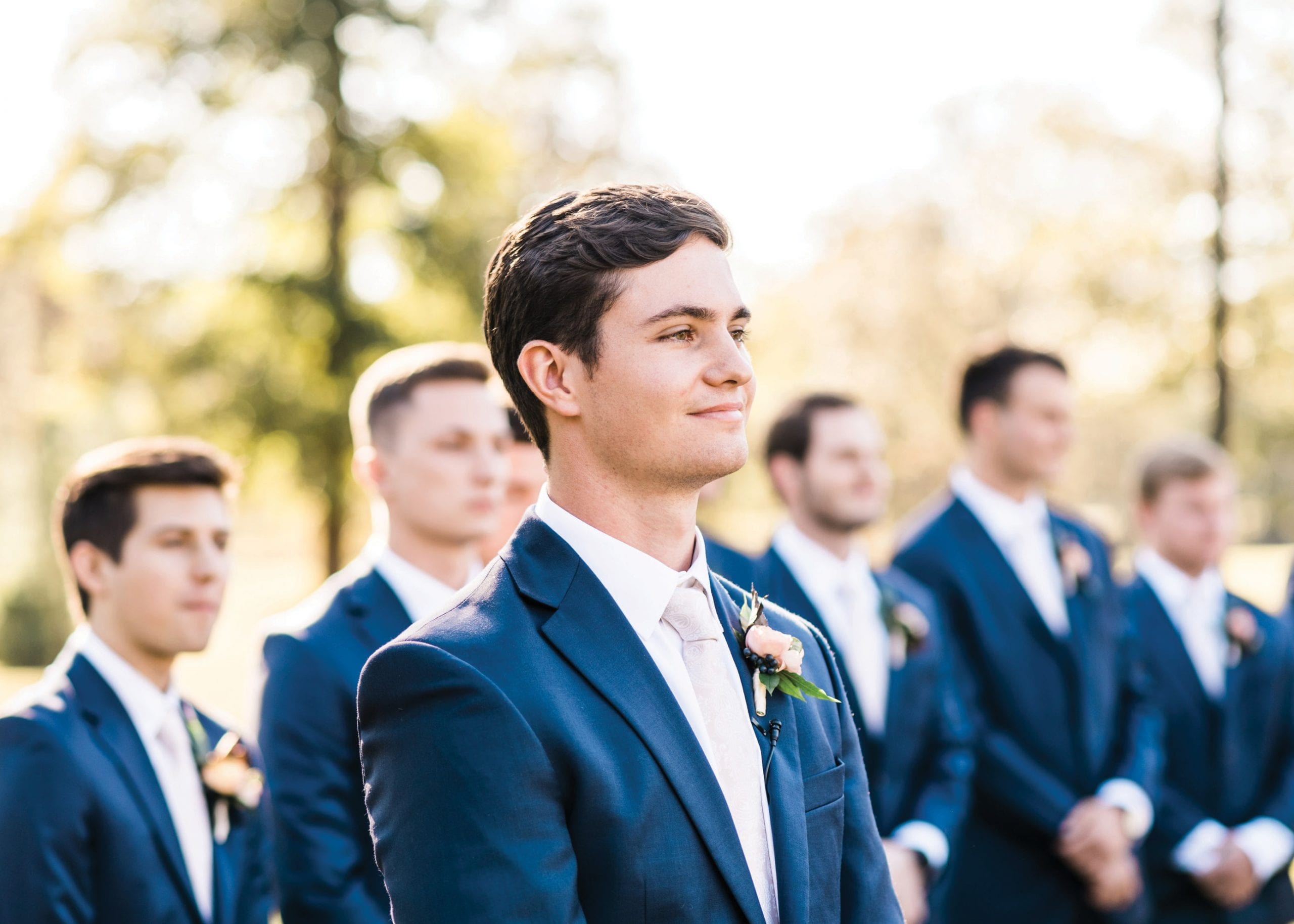 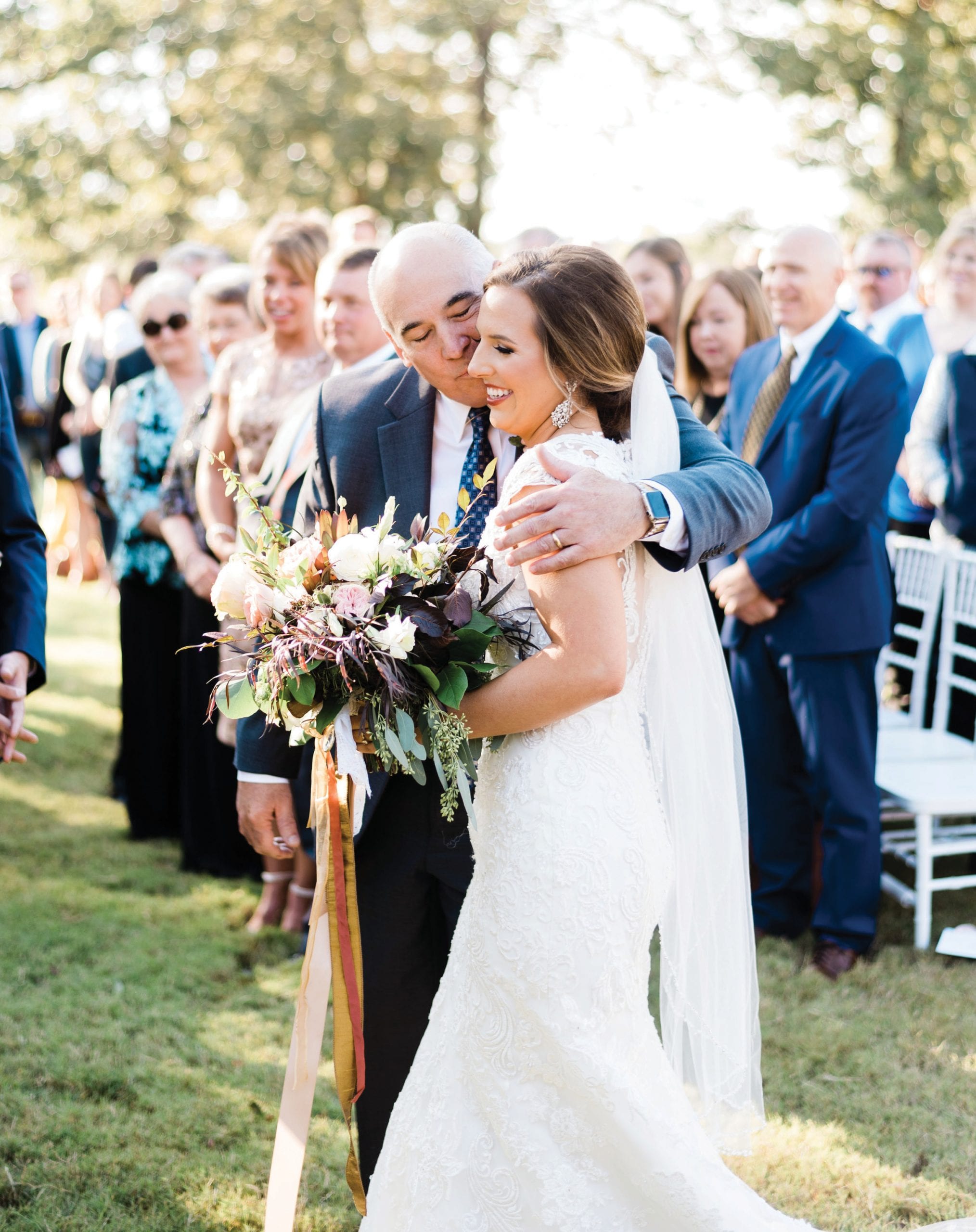 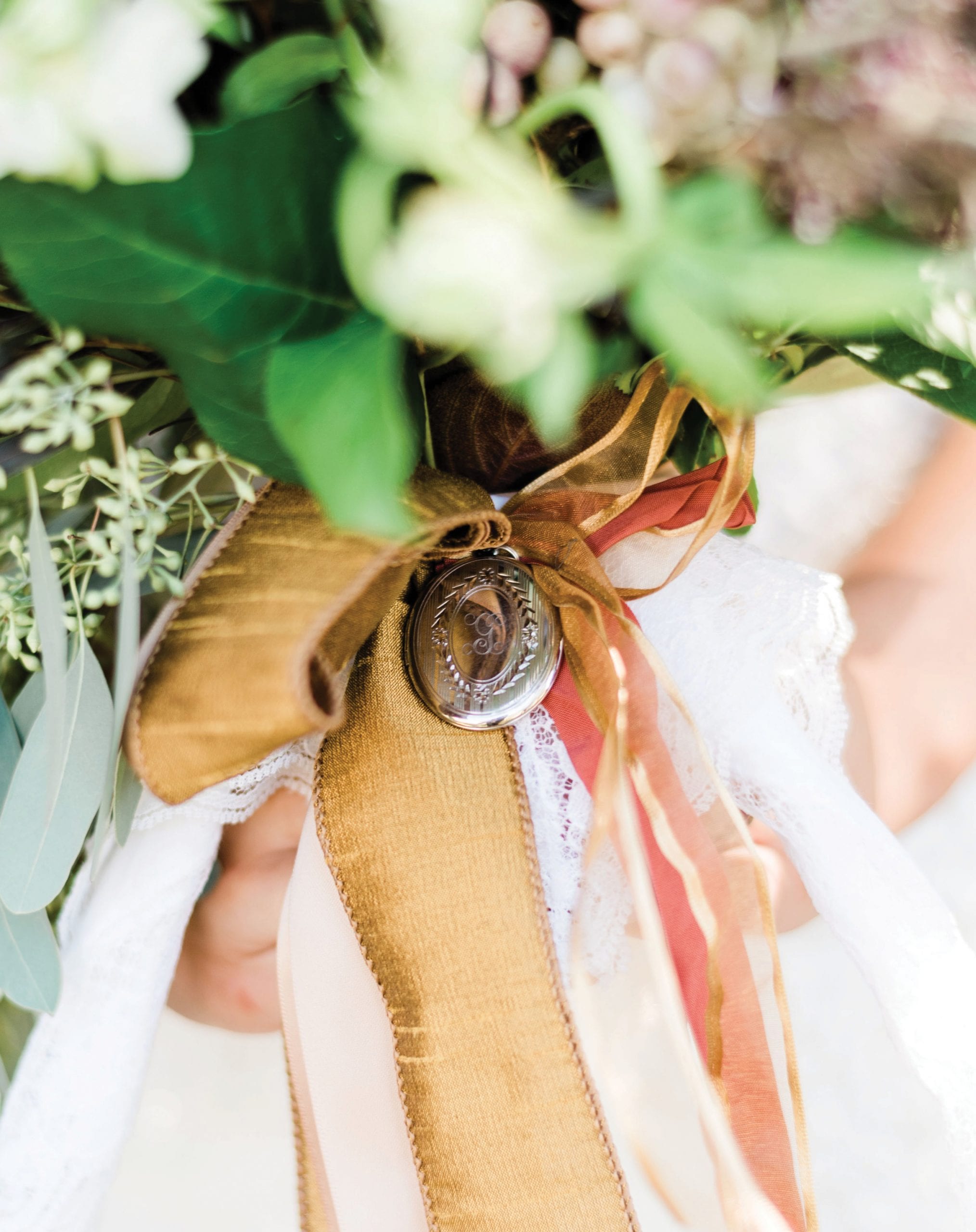 Meaningful Accents
McKenzie’s bouquet was wrapped with a bonnet she wore home from the hospital as a newborn as well as a special family locket engraved with a “G” for Gosser and the phrase “Once you are in, there is no way out.” The locket also holds photos of McKenzie’s grandparents and has been incorporated in all the Gosser grandchildren’s weddings. 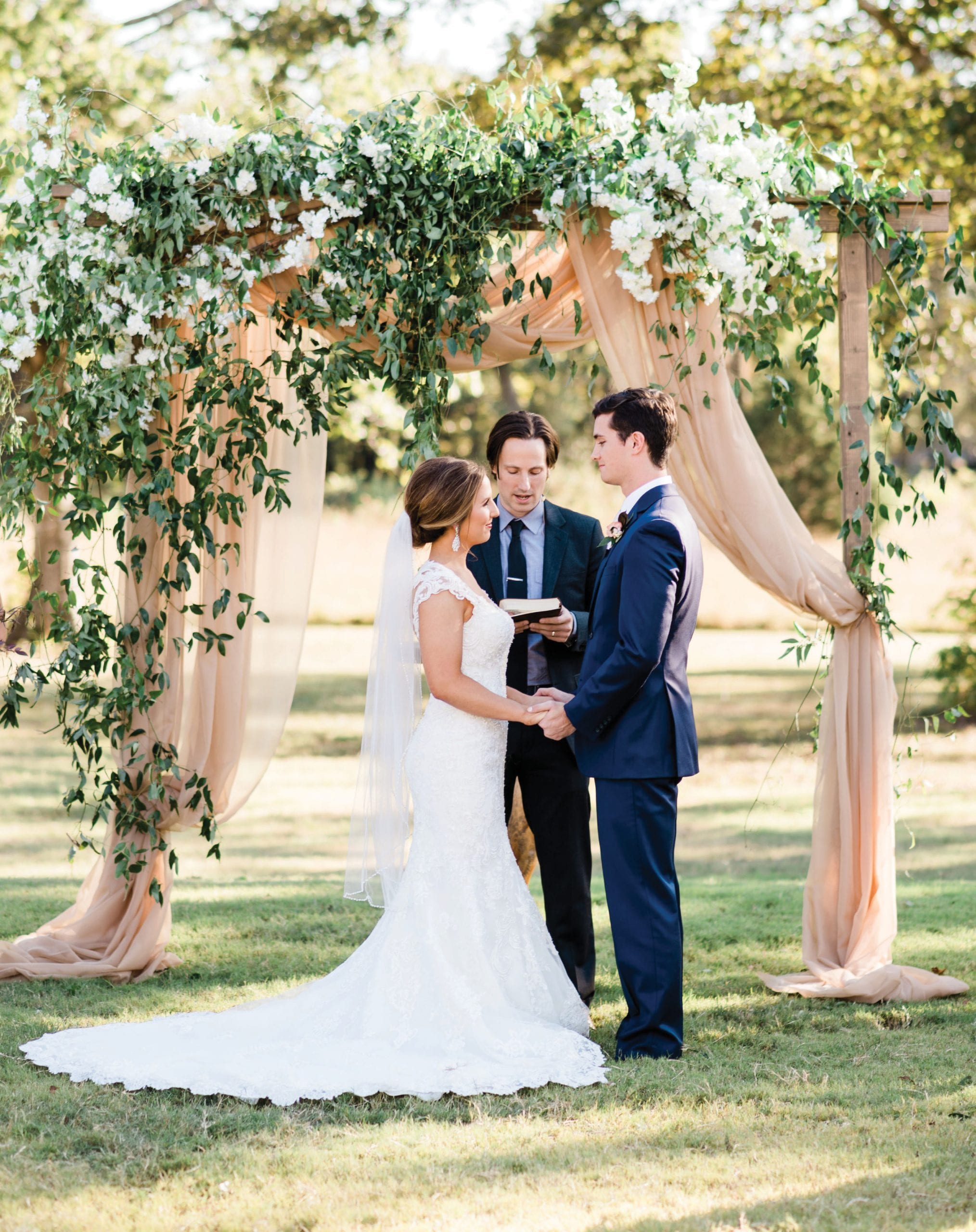 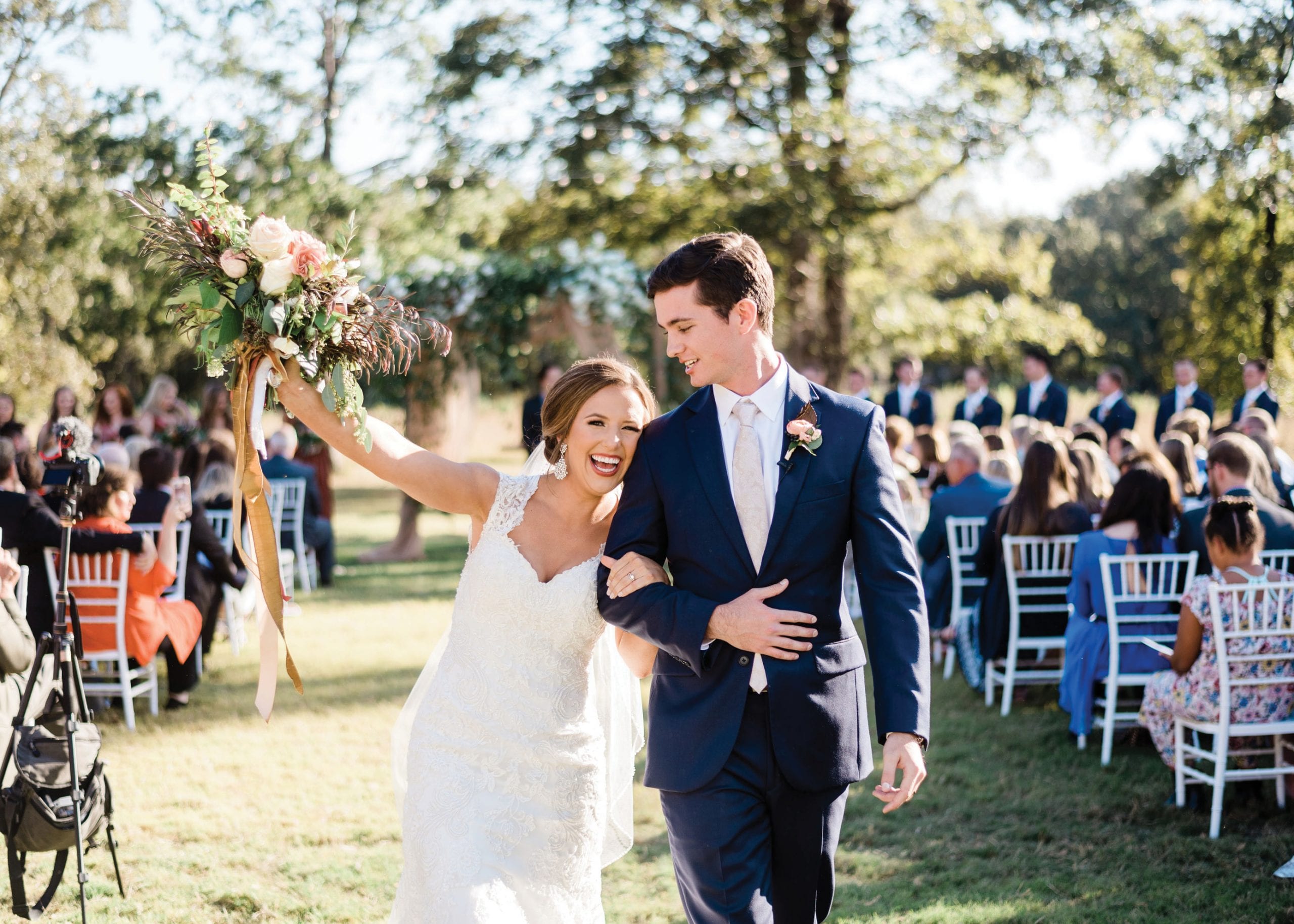 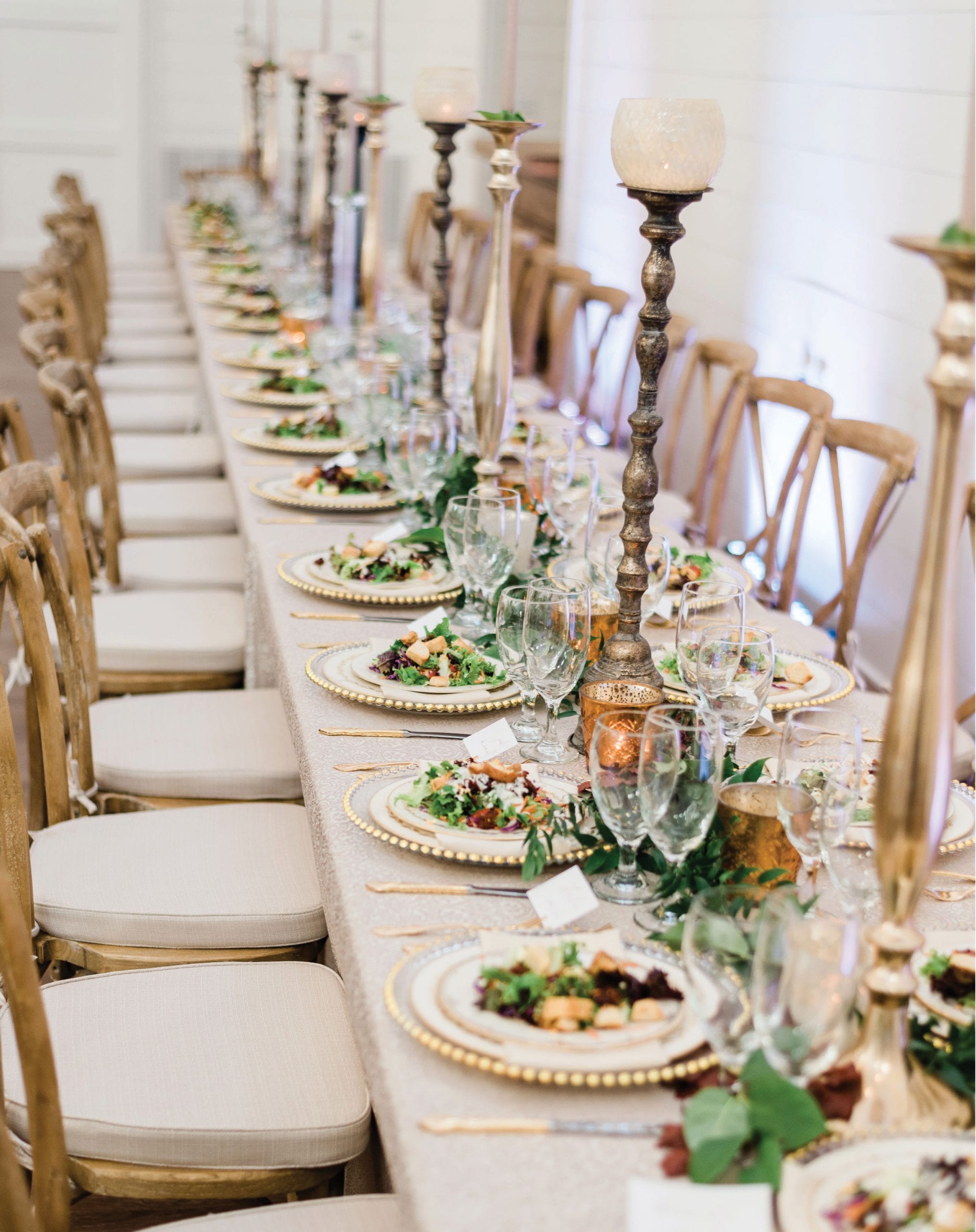 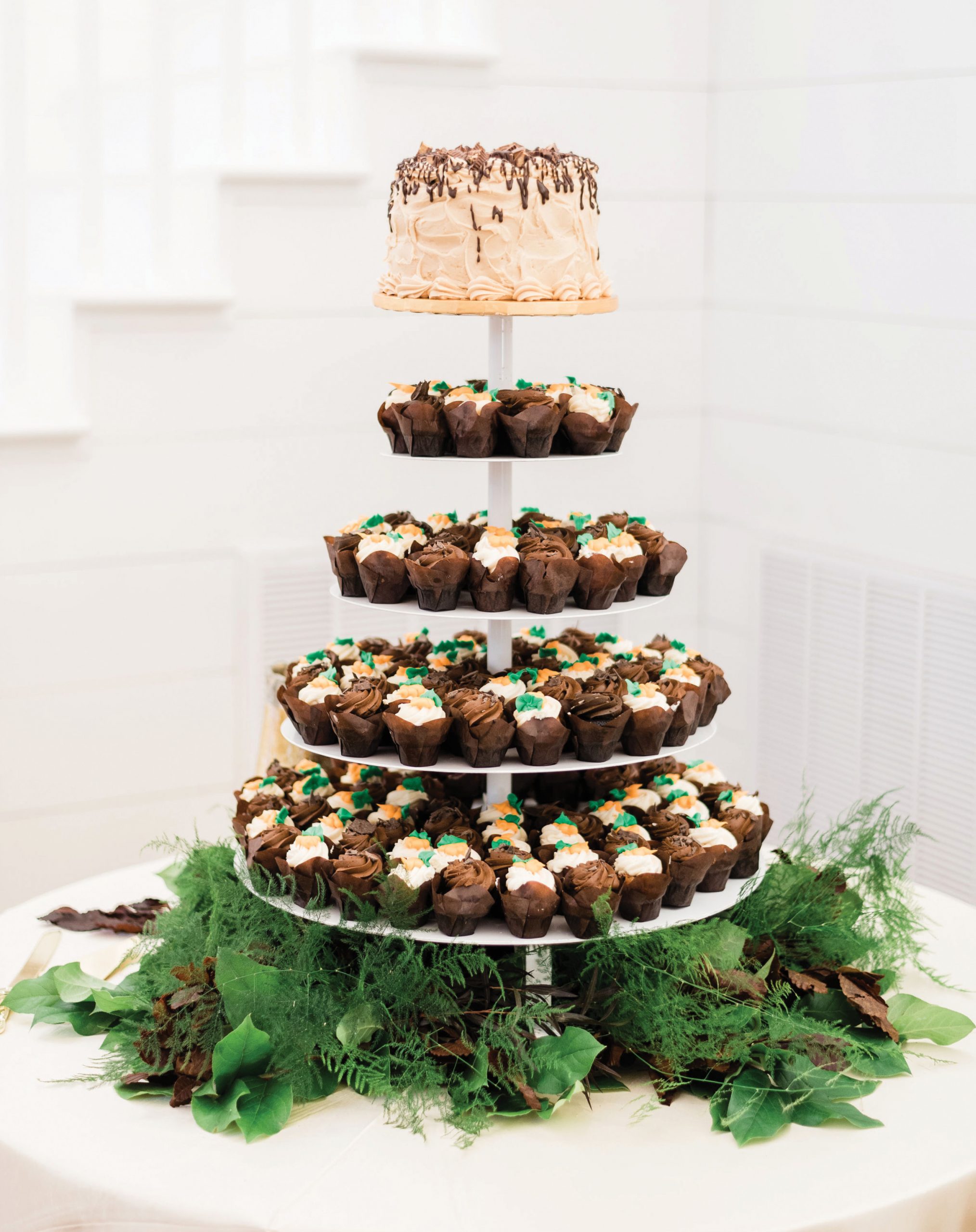 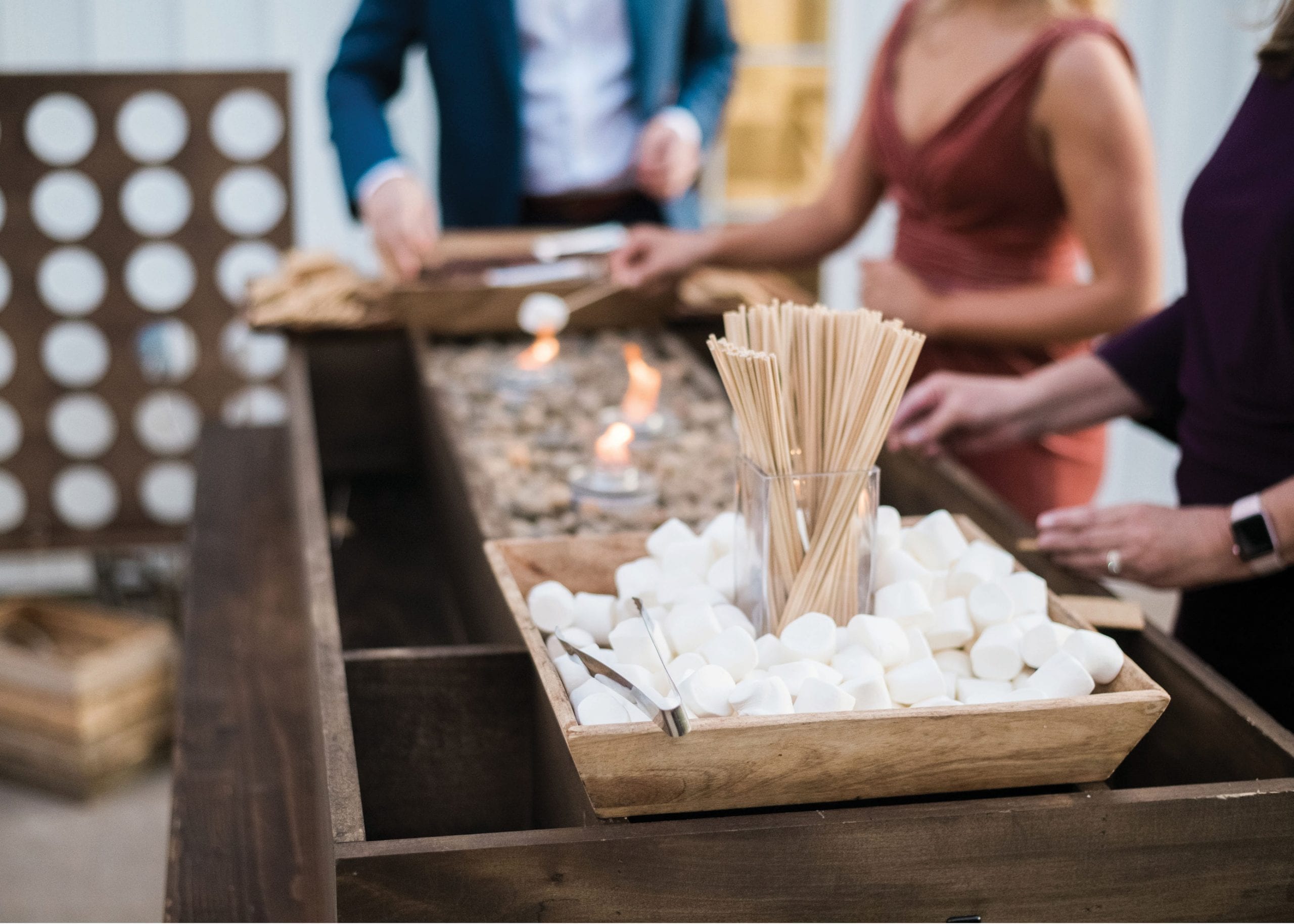 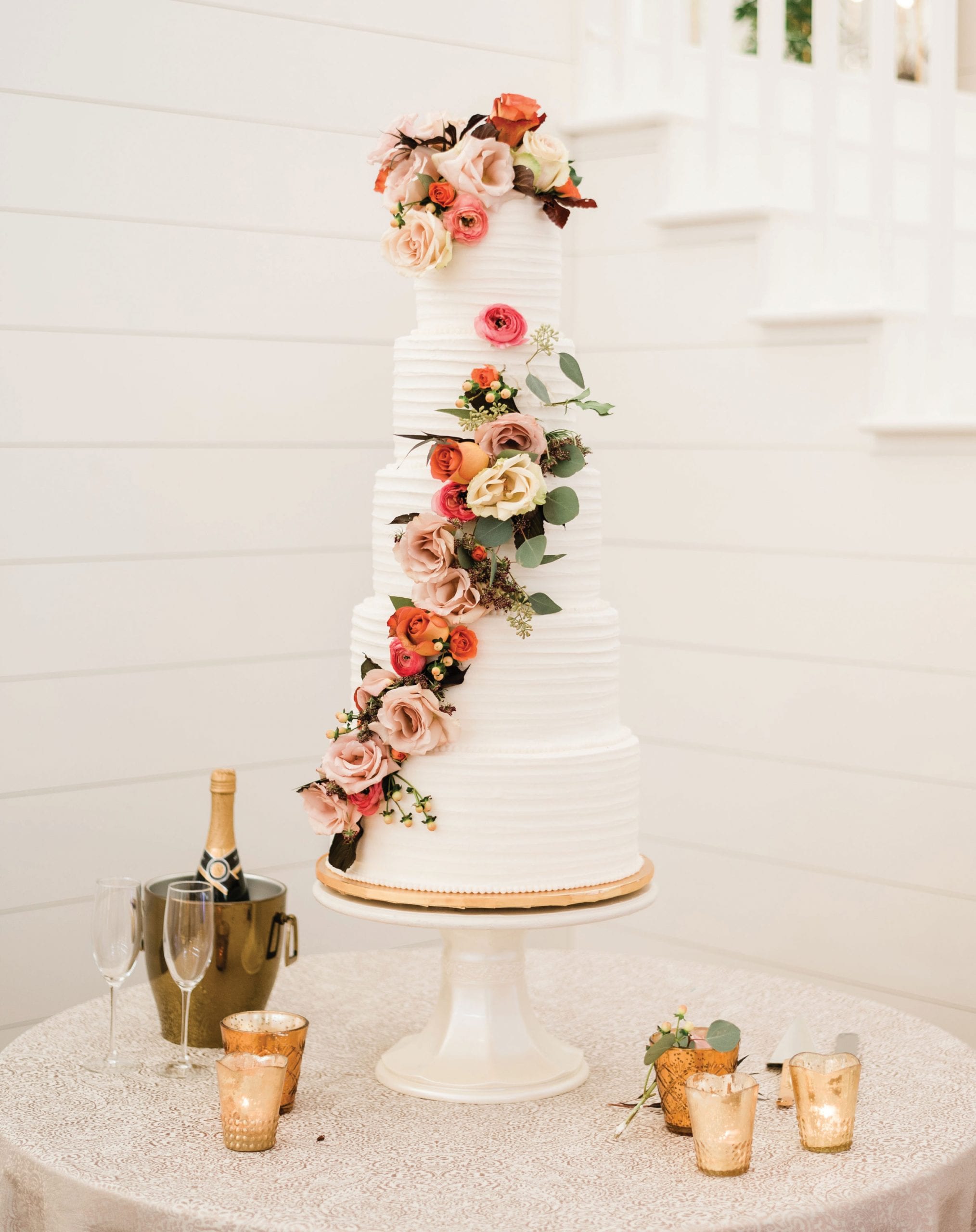 Sweet Treats
Confections abounded at the reception. A s’mores bar allowed guests to customize their own melted delicacy, while the groom’s table held a cake and cupcakes in Reese’s and carrot cake flavors. The bride chose to alternate layers of strawberry and classic almond for her five-tier cake that was decorated with a cascade of flowers. 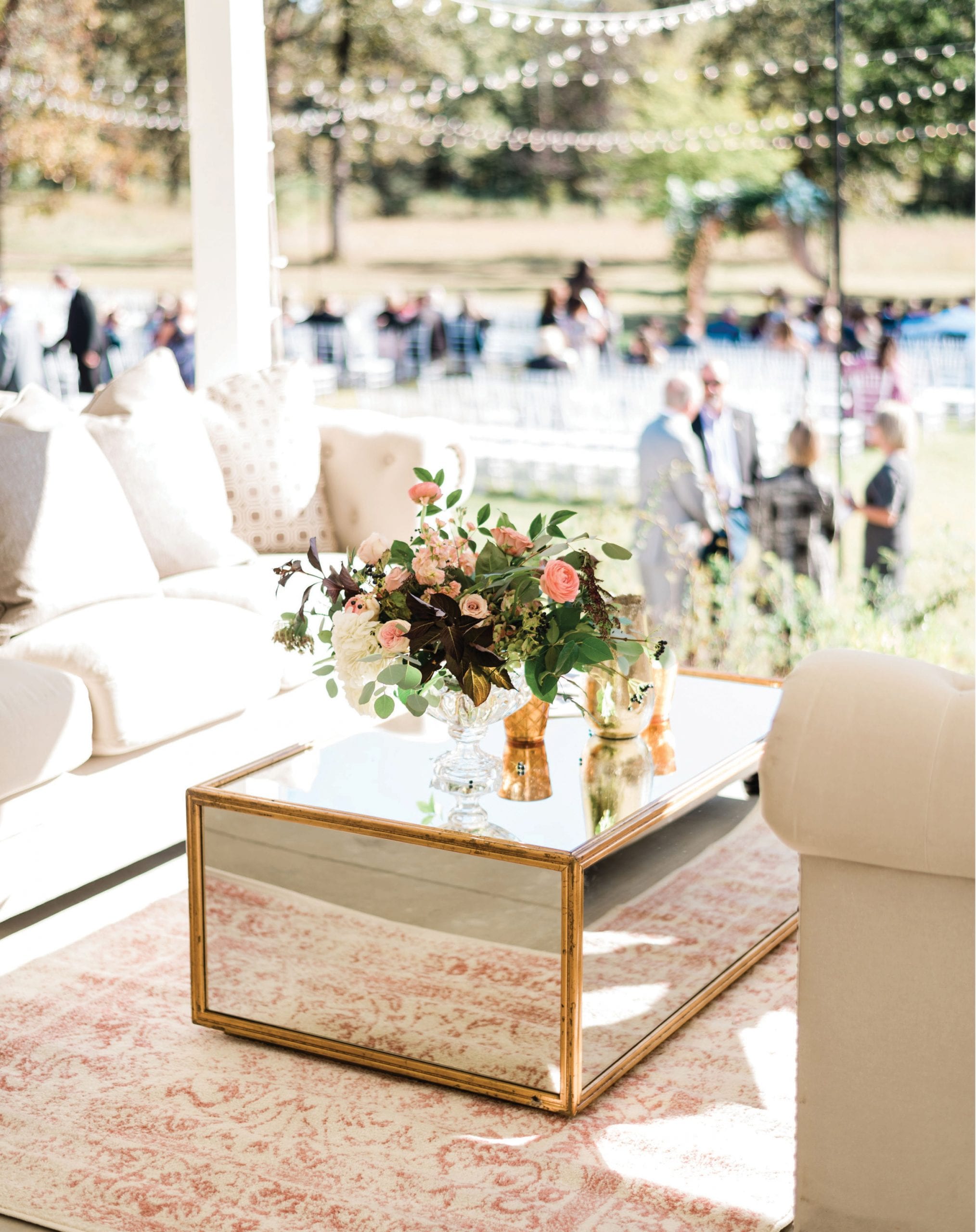 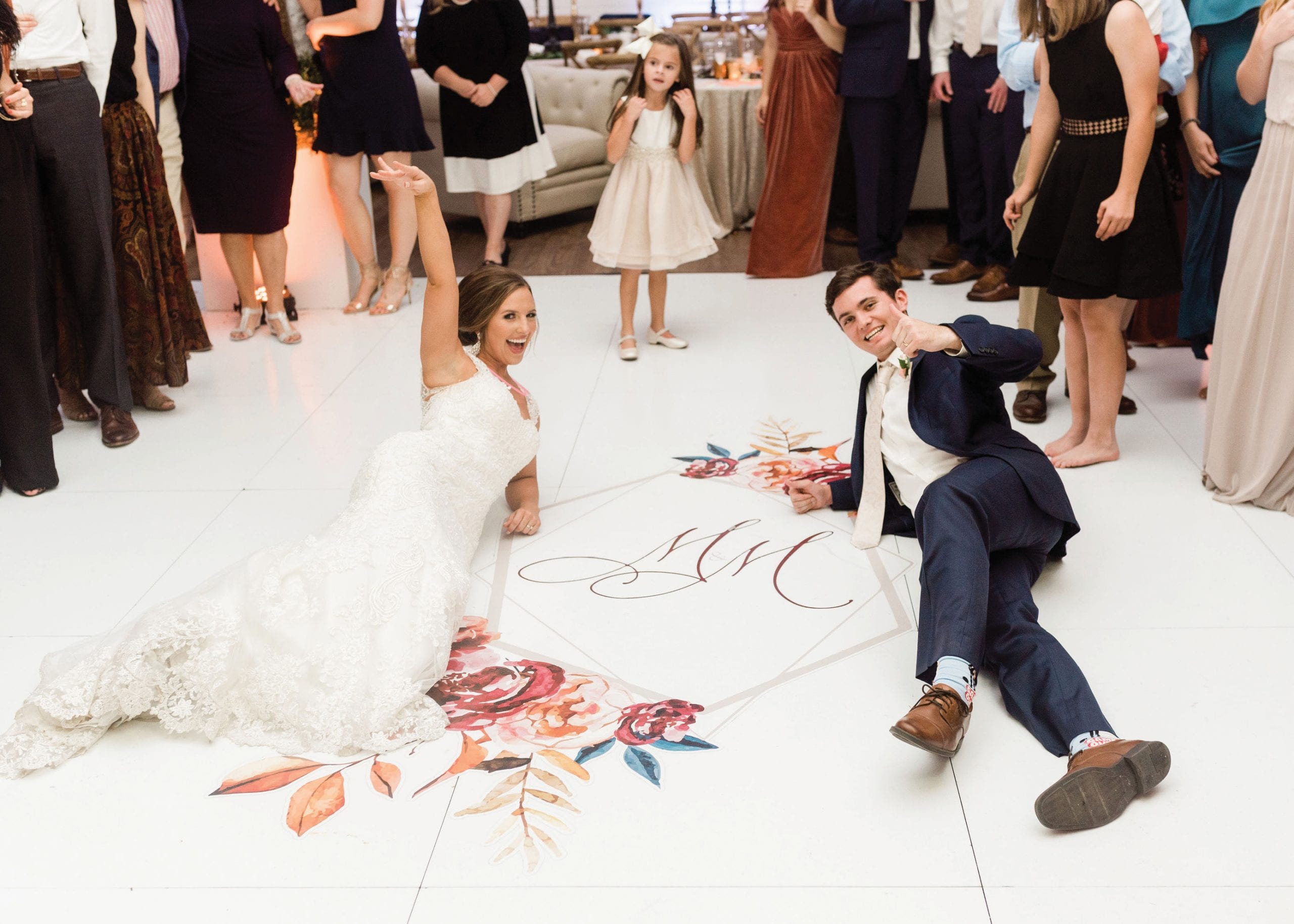 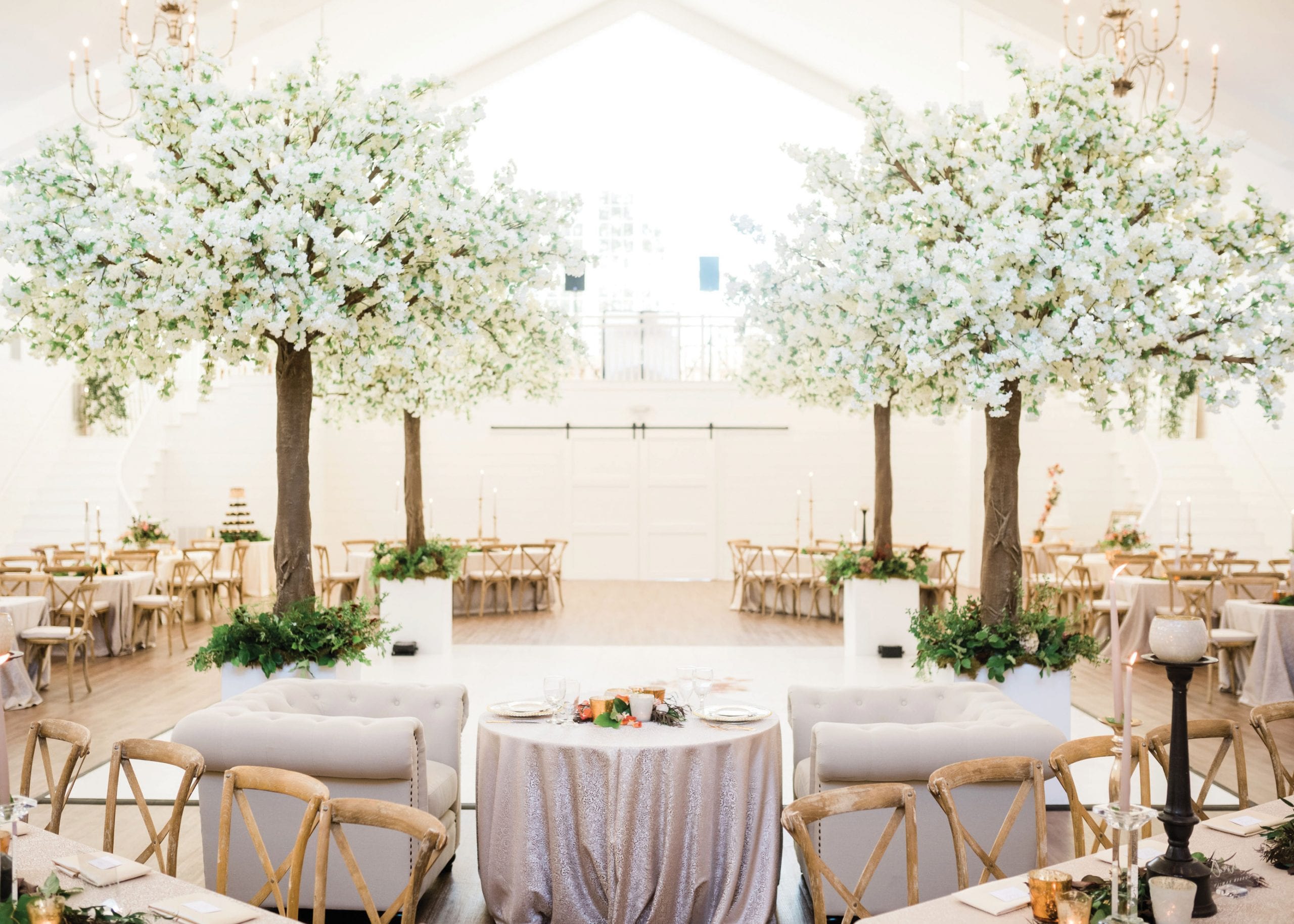 Bringing the Outside In
The reception was held indoors, but Tanarah Luxe Floral brought nature inside with true-to-size amber-lit cherry trees placed in a square around the dance floor. The effect was a forest-like setting for an evening of dancing and dining. 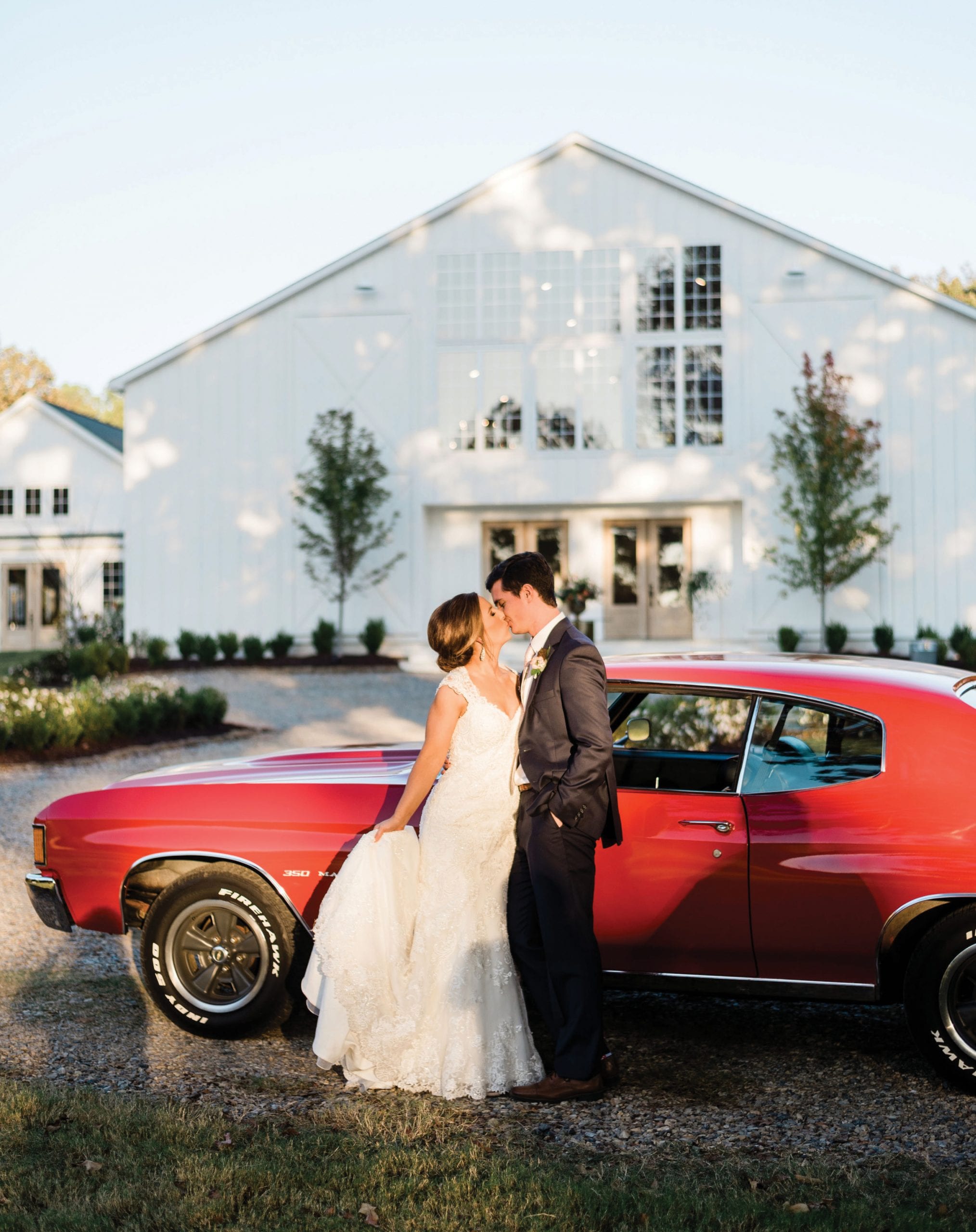 We both come from families where celebrations are a big deal, so we knew we wanted the day to be a big party—and we got just that.” 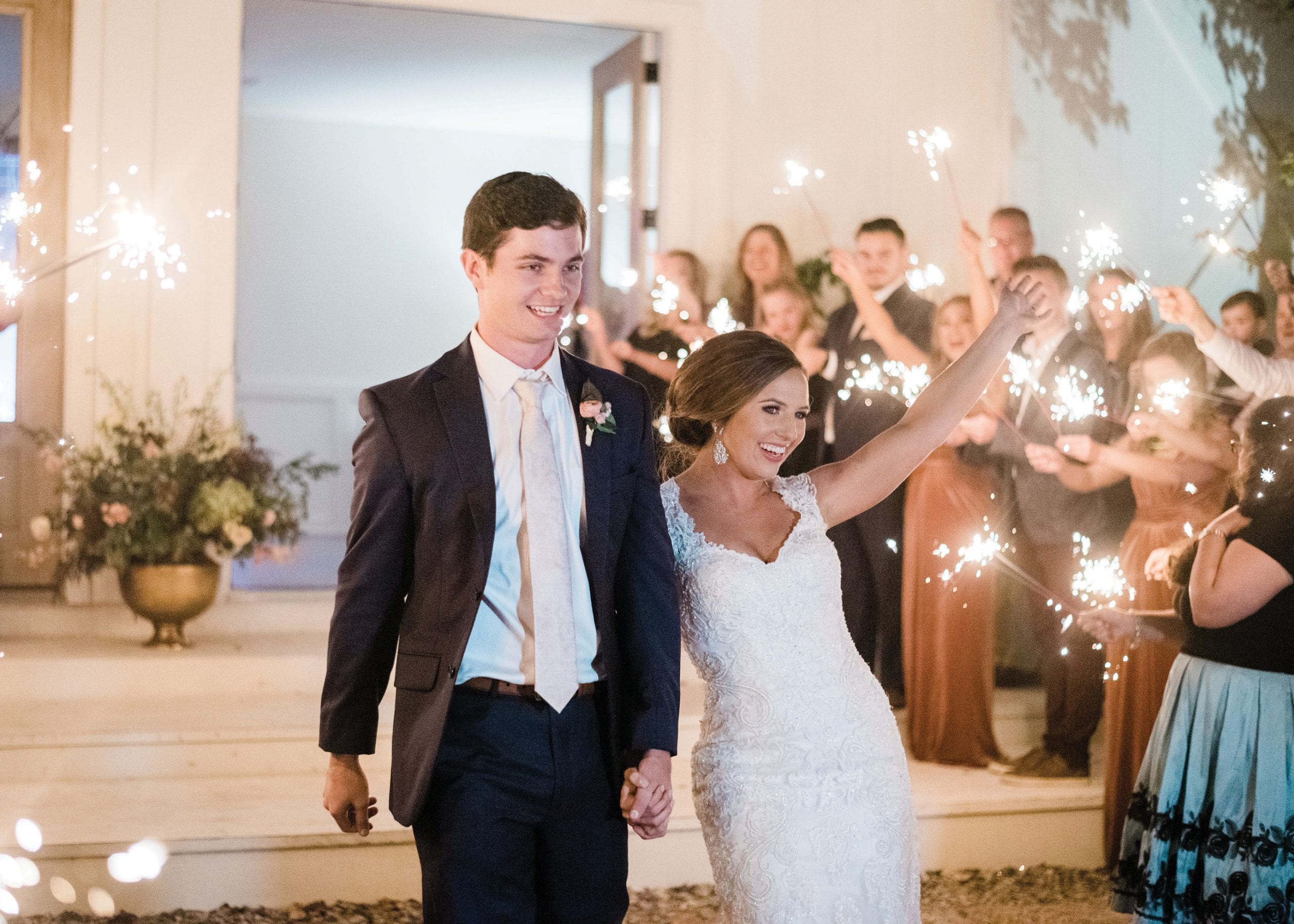