Holiday Happiness
Pierre proposed to Meridith on Christmas morning in December of 2013. He asked for help from their daughter to give her the ring.

Double Ceremony
Pierre is from Bergerac, France and Meridith is originally from Pine Bluff. The pair wanted both an American wedding in Arkansas as well as one in France. They were married in June of 2014 at their home in Little Rock and two years to the day later, they tied the knot in France. “We knew that we wanted to wait a little while before the ceremony in France, so we decided on June 2016. The date itself, June 11, 2016, was chosen because it is a palindrome,” Meridith says.

Family Pieces
Meridith’s grandmother and great-grandmother played a large role in her “something old, borrowed, and blue.” The jewel on the belt of her bridal gown was originally part of a favorite slide bracelet that belonged to her late grandmother. Its aquamarine stone was the perfect hint of blue for luck. She also wore her late great-grandmother’s wedding ring, which she had given to Meridith before she passed away. 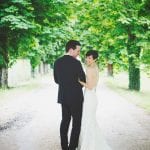 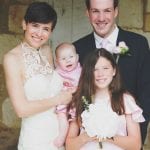 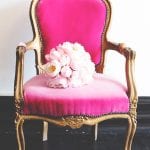 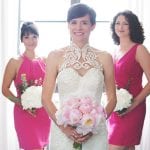 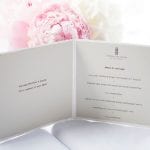 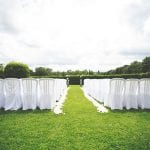 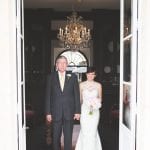 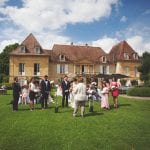 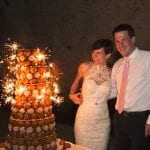 French Flair
It is French tradition for a wedding to be a lengthy, much-enjoyed affair. After Meridith and Pierre’s ceremony, which took place at Château les Merles, a reception with champagne, punch, and light hors d’oeuvres was held. Following this, guests were welcomed into the courtyard of the château for dinner. “A traditional French dinner begins late and ends very late—this was no exception,” Meridith says. Guests were treated to a six-course meal, each with its own wine pairing. Games and a lively round of karaoke took place in between the courses. In addition, all of the guests were invited back to the château the next morning for a brunch.

Garden-Fresh Picks
The floral design was kept simple in an effort to highlight the beautiful backdrop for the ceremony and reception. “I chose what was in season,” Meridith notes. An arch made of curly willow branches and hydrangea was constructed for the ceremony. White hydrangea and eucalyptus were used for the attendants’ bouquets, while the bride’s held pale pink peonies. The reception tables were dotted with the same stems composed in low vases in an effort to encourage conversation. “French weddings are simpler in regard to décor,” Meridith notes. “The resources are put toward the food, wine, and dancing instead!”

Long-Distance Planning
Meridith’s in-laws, who live near the ceremony and reception site, helped tremendously with the planning. “Since we live over 4,000 miles from the ceremony location, I depended on them for details such as choosing the florist, tasting and finalizing the menu, and so much more,” the bride says.

Guests from Afar
Close to 100 guests shared in the joyous occasion. Pierre’s family traveled from their nearby home, while many friends and family members made the voyage from the U.S. to France to see the couple exchange vows in the 17th century château.